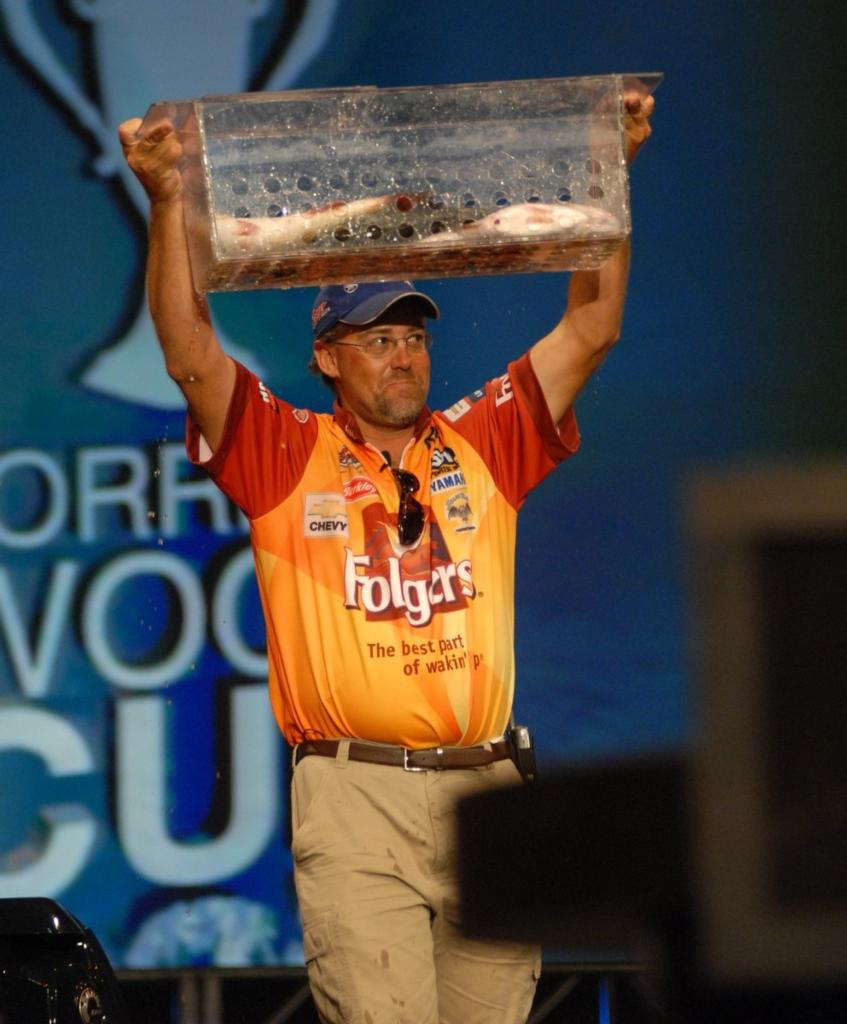 MINNEAPOLIS – Tune in Sunday, Sept. 30, to “FLW Outdoors” on FSN for the conclusion of the $2 million Forrest Wood Cup presented by Castrol on Lake Ouachita in Hot Springs, Ark. Watch as co-hosts Charlie Evans and Robbie Floyd take viewers through the final weigh-in and award the winning pro angler $1 million, the largest first-place award in professional bass fishing.

Thousands of anglers from more than 40 states, Japan, Australia, Canada, Italy and Spain have been casting for more than a year to earn a trip to the Forrest Wood Cup. After the day-two opening round, the field has been cut to 10 anglers. The 10 finalists start from zero and compete for two days to determine the winner. At the conclusion of day three on Lake Ouachita, hometown hero Scott Suggs looks like the man to beat with a 4-pound lead.

Despite the intense pressure, despite the unbearable heat, despite perhaps a hundred spectators watching him at any given time and despite some technical difficulties, the Bryant, Ark., native has held it together flawlessly to this point. Suggs continues to catch his bass over deep, submerged timber with a 10-inch Berkley Power Worm and a spinnerbait. In an all-access feature, Suggs’ excitement and nervousness come through as the Folgers pro prepares for the final day of Forrest Wood Cup competition. 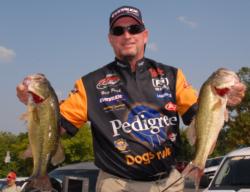 The closest angler to catching Suggs is Pedigree pro Greg Pugh. He weighed in two fish on day three for 6 pounds, 15 ounces, a testament to how tough the fishing was. Pugh had been fishing deep crankbaits the first two days, but he had to resort to a big worm to catch his keepers on day three. While the Cullman, Ala., pro is clearly on the right fish, he’ll need more than two bites to take home the $1 million first-place award. In the Duracell Angler Spotlight, Pugh tells viewers what it’s like competing for the biggest prize in his life.

Castrol pro David Dudley finds himself in a familiar position after day three: poised to cash a big check. Having won the 2003 Forrest Wood Cup, Dudley knows what it takes to win on bass fishing’s biggest stage. Currently, he’s third with four bass weighing 6 pounds, 7 ounces. But the slightest slip from 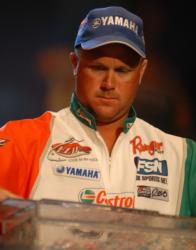 Pugh and Suggs could mean yet another victory for Dudley, the all-time leading money winner with FLW Outdoors.

FSN also flashes back to the 2006 Forrest Wood Cup on Logan Martin Lake in Birmingham, Ala. Competing in his first tour-level championship, Western pro Brent Ehrler brought in a winning catch of five bass weighing 15 pounds, 1 ounce on day four to pocket $500,000.

In addition, A&W pro Shad Schenck of Waynetown, Ind., participates in this edition of Fishing 101. Schenck, who finished 17th and earned a $14,000 check, shares tips on how to keep bass alive in hot summertime weather.