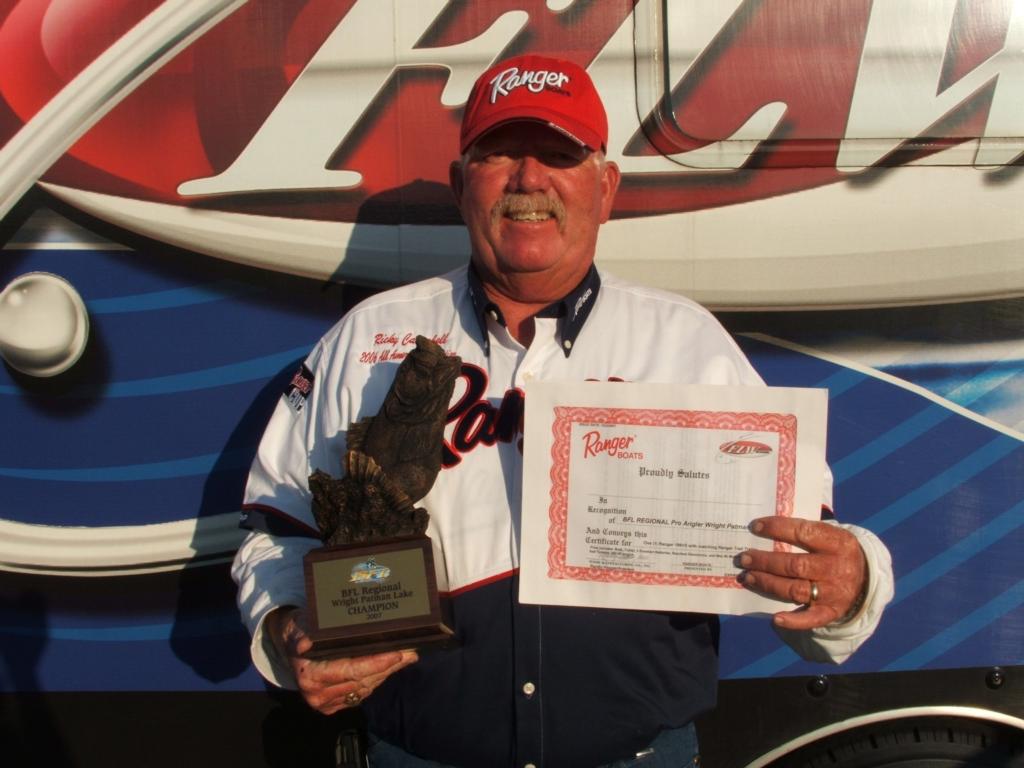 TEXARKANA, Texas – Boater Ricky Campbell of Waxahachie, Texas, earned a fully rigged Ranger 198VX and a new Chevy truck Saturday as the winner of the Wal-Mart Bass Fishing League Regional Championship on Wright Patman Lake in Texarkana, Texas. The top 40 boaters and the top 40 co-anglers from the Arkie, Cowboy, Louisiana and Okie divisions competed in the three-day event.

Campbell’s winning three-day catch of 13 bass weighed 30 pounds, 13 ounces. In addition to the new truck and boat, Campbell earned a ticket to the 2008 $1 million Wal-Mart Bass Fishing League All-American presented by Chevy on the Connecticut River in Hartford, Conn., May 29-31. With a top boater award of $140,000 and a top co-angler award of $70,000, the All-American is one of the most prestigious tournaments in bass fishing. The winning boater and co-angler at the All-American will also advance to the $2 million 2008 Forrest Wood Cup on Lake Murray in Columbia, S.C., Aug. 14-17, where pros will fish for a top award of $1 million – the sport’s biggest payday.

“This was a great tournament,” said Campbell, who captured second place at the BFL Wright Pataman Lake Regional in 2006. “I fished the exact same area as I did last year, all three days. The whole tournament I only used 1/2 a gallon of gas.”

Campbell caught his winning bass by throwing an array of jigs, shaky heads and Senkos around rocks near the ramp. 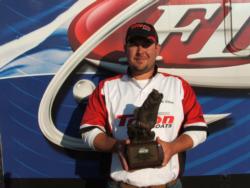 Blake Wilson of Prattsville, Ark., earned a new Ranger boat as the co-angler winner, thanks to a three-day total of 10 bass weighing 27 pounds, 8 ounces that he caught throwing a jig off drops.