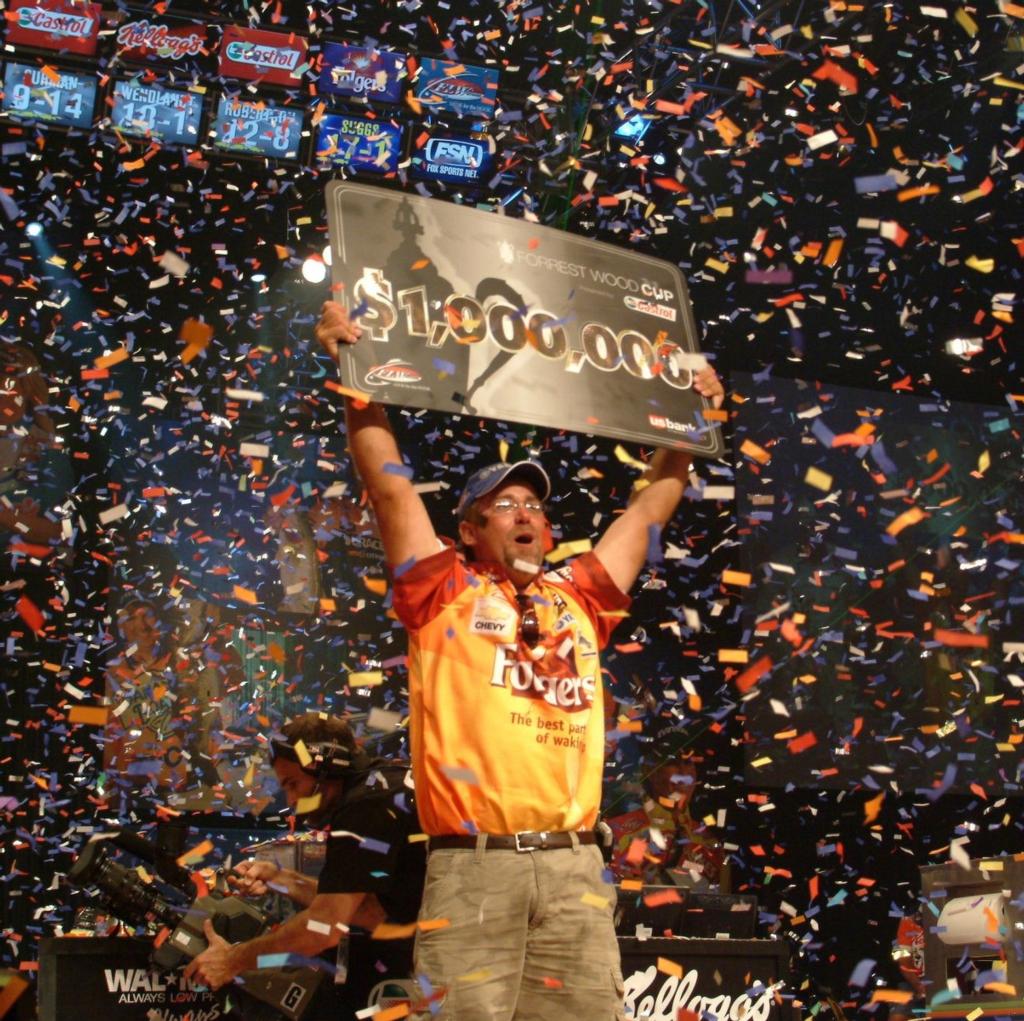 Fishing for Team Pringles will be pros Vic Vatalaro, Jimmy Millsaps and Gabe Bolivar. Vatalaro is a Lake Erie expert with five FLW Outdoors victories to his name. In 2008, the Kent, Ohio, native will run a Pringles Select wrap. Millsaps is a tournament veteran, having competed in 86 FLW Outdoors events 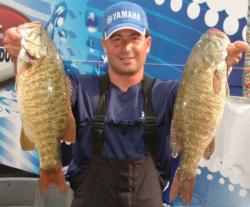 since 1995. In 2003 and 2004, the Canton, Ga., angler scored consecutive top-10 finishes at the Forrest Wood Cup. Millsaps’ wife, Jeanne, will also fish for Team Pringles as a co-angler – Jeanne representing Pringles Original and Jimmy representing Pringles Extreme. Bolivar is among the biggest names in professional bass fishing. In 2006, the Ramona, Calif., pro finished seventh in the Land O’Lakes Angler of the Year race on the Wal-Mart FLW Tour. He followed that performance up with a fifth-place finish in the 2007 FLW Tour points race. Bolivar’s first tournament in 2008 will be the FLW Series East-West Fish-Off Feb. 7-9 on Lake Amistad in Del Rio, Texas. As the No. 29-ranked National Guard Western Division pro, Bolivar will compete head-to-head against Chevy pro David Fritts, the second-ranked BP Eastern Division angler. In 2008, Bolivar will run a Pringles Minis wrap on his Ranger boat.

Team Folgers-Dunkin Donuts Coffee may be the wealthiest of the five P&G brands, thanks mostly to Forrest Wood Cup champion Scott Suggs of Bryant, Ark. Last August, Suggs, who will run a Folgers 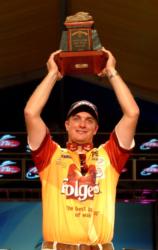 Singles wrap in 2008, made history as bass fishing’s first $1 million winner on his home waters of Lake Ouachita. Flanking him will be young gun Anthony Gagliardi, the 2006 Land O’Lakes Angler of the Year, who will fish out of the Folgers Simply Smooth boat. The Prosperity, S.C., native has nearly $800,000 in career FLW Outdoors earnings to his name. More impressively, however, is that he has finished in the top 10 in each of the past four Forrest Wood Cups. In 2008, the Forrest Wood Cup will be held on Lake Murray, Gagliardi’s home lake, located in Columbia, S.C. At the Chevy Open on Lake Murray in 2006, Gagliardi notched his second FLW Tour victory and the first-place purse of $200,000. Fishing out of the Dunkin Donuts Coffee boat will be Richard Lowitzki of St. Charles, Ill., who is set to embark on his third season as a professional angler. Springdale, Ark., native Doug Weiser will represent Folgers from the back of the boat as a co-angler. 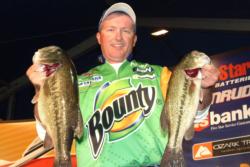 accumulated 19 tour-level top-10 finishes. A few of Team Prilosec’s notable accomplishments include Kreiger and Powers owning four FLW Outdoors victories apiece, and Grigsby finishing second at the 2005 Forrest Wood Cup. Kreiger also finished fourth in the points race on the BP Eastern Division of the FLW Series and will compete in the upcoming East-West Fish-Off. Jess Caraballo, one of the most accomplished co-anglers on tour, will fish for Team Prilosec from the back of the boat. Caraballo, of Danbury, Conn., was named the 2007 FLW Tour’s Castrol Co-angler of the Year with a total of 1,008 points out of a possible 1,200 over six qualifying events.

In 2008, pros Michael Bennett, Keith Pace and Brennan Bosley will be Duracell-sponsored anglers. Bennett, a 23-year-old from Roseville, Calif., has qualified for the Forrest Wood Cup in each of the past three seasons. He has also qualified for the FLW Series East-West Fish-Off, which will afford him the 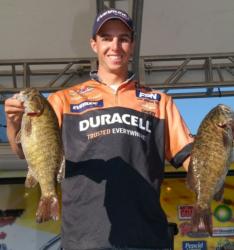 rare opportunity of qualifying for the 2008 Forrest Wood Cup before the 2008 FLW Tour season begins. In 2002, Pace won the Forrest Wood Cup on Cross Lake as a co-angler. The Monticello, Ark., angler now fishes in the Pro Division, notching his first top-10 on the FLW Tour in 2006 on Lake Okeechobee. Bosley is recognized as one of the best crankbait anglers in the game. The Benton, Ark., native claimed three top-10 finishes on the FLW Tour in 2006, including a $100,000 second-place finish at the Chevy Open. North Little Rock, Ark., native Fred Martin, who has three top-10 finishes on the FLW Tour, will fish for Team Duracell as a co-angler.

Pro Chip Harrison of Bremen, Ind., will fish as the lone representative of Team Garrity. Harrison is an FLW Tour veteran, having competed since 1996. Each of the past three seasons he has qualified for the Forrest Wood Cup and his career FLW Outdoors earnings add up to more than $400,000.