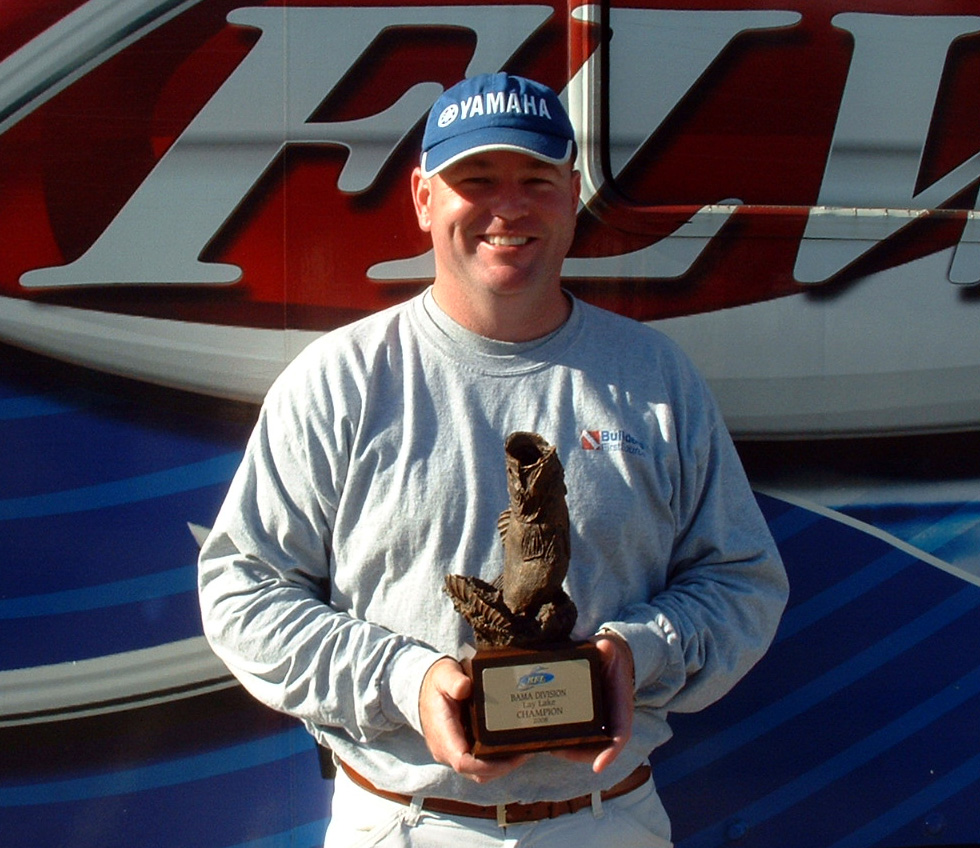 CLANTON, Ala. – Boater Coby Carden of Calera, Ala., won the Wal-Mart Bass Fishing League Bama Division tournament on Lay Lake Saturday with a five-bass catch weighing 16 pounds, 8 ounces. The victory earned Carden $2,537 and placed him one step closer to qualifying for the Lake Murray Regional Championship in Columbia, S.C., Oct. 23-25, where he could ultimately win a new 198VX Ranger boat and a Chevy truck.

Freddy Rutkowski of Empire, Ala., earned $1,493 as the co-angler winner Saturday thanks to five bass weighing 13 pounds, 8 ounces that he caught on a shaky-head rig fished around wood on humps.

Paul Kennemur of Trussville, Ala., earned $175 as the co-angler Big Bass winner after catching a 4-pound, 7-ounce bass.

Bama Division anglers will visit Neely Henry Lake in Gadsden, Ala., May 10 for their third regular-season event. The division’s fourth qualifying event will be held on Logan Martin Lake in Pell City, Ala., June 14. A two-day Super Tournament, the division’s fifth and final event, will be held on Wheeler Lake in Decatur, Ala., Sept. 27-28.