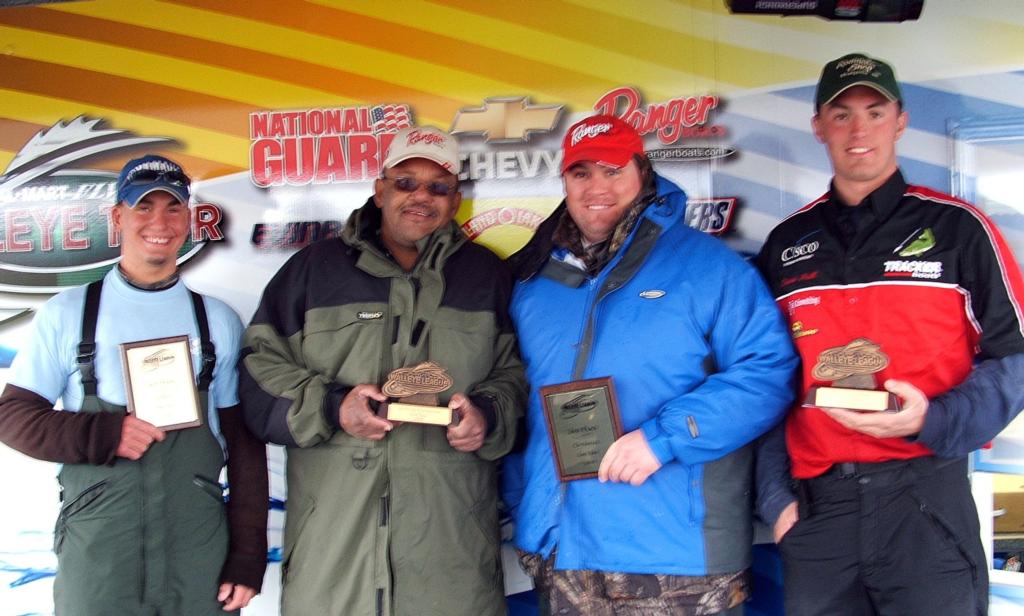 In the event of a tie in FLW Walleye League competition, anglers have the choice of a one-hour fishoff or splitting the combined first- and second-place prize money. Hall earned $3,727 for the tie and Leach earned $3,727 plus a $500 Ranger contingency bonus. Hall’s co-angler, Michael Stankiewicz of Canton, Mich., and Leach’s co-angler, Carter Tillage of Rochester Hills, Mich., each earned $1,864 for the win.

Three FLW Walleye League divisions – Michigan, Minnesota and Wisconsin – each feature three one-day events during the regular season. Every angler who receives weight credit earns points, with 100 points awarded to the winner, 99 for second, 98 for third, and so on. These points determine angler standings.

The Wal-Mart FLW Walleye League was created to provide the grassroots walleye angler a chance to compete in professionally administered close-to-home tournaments with lucrative cash awards.

Tournament pros aren’t the only ones winning big this season. With the introduction of FLW Fantasy Fishing, FLW Outdoors offers anyone the opportunity to enter for their chance to land the catch of a lifetime with the opportunity to win $7.3 million in cash and prizes. Players can become a virtual pro angler by signing up for Player’s Advantage, providing them with exclusive insider information that could guide them to a $100,000 victory at every Wal-Mart FLW Tour stop and the Forrest Wood Cup. Player’s Advantage will give them an edge over the competition and increase their shot for a $1 million cash grand prize that will be awarded to the FLW Fantasy Fishing cumulative points winner. Those who visit FantasyFishing.com today can sign up for Player’s Advantage and FLW Outdoors will include a $15 Wal-Mart gift card.

Awards are based on a full field of 125 boats in every tournament.