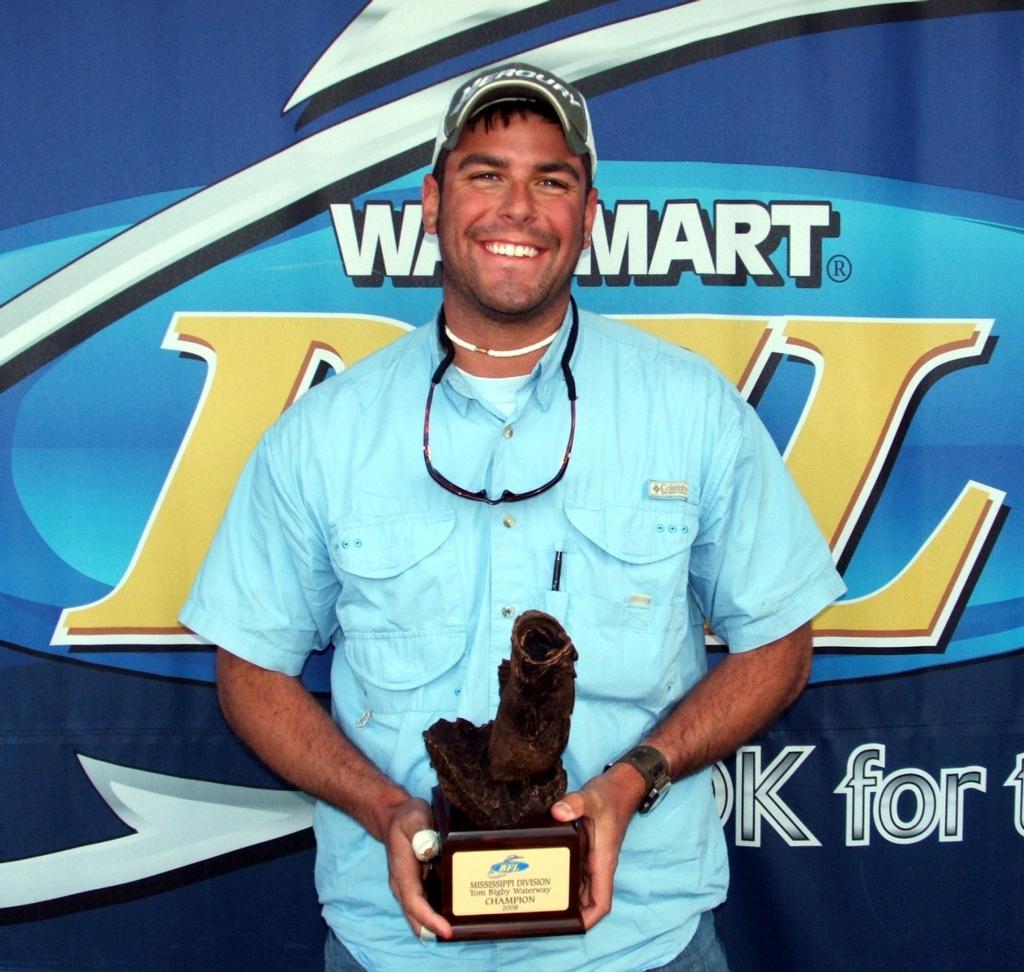 IUKA, Miss. – Boater Darrell Hardin of Cordova, Tenn., won the Wal-Mart Bass Fishing League Mississippi Division tournament on the Tombigbee Waterway Saturday with a five-bass catch weighing 17 pounds even. The victory earned Hardin $4,105 and placed him one step closer to qualifying for the Wheeler Lake Regional Championship in Decatur, Ala., Oct. 9-11, where he could ultimately win a new 198VX Ranger boat and a Chevy truck.

“We started off fishing a flat in the middle of a creek,” said Hardin, who is a four-year veteran of the Wal-Mart Bass Fishing League. “As soon as I cut the motor off, my co-angler caught two fish on a Rat-L-Trap and I hadn’t even got the trolling motor down. I thought they were really going to be on there, but we fished for another hour and a half and never caught another fish.”

Hardin said he relocated to a bluff bank and immediately began catching keepers on a 5/8-ounce white spinnerbait. Thirty minutes after he relocated, Hardin began culling fish. Hardin said he caught 25 to 30 fish throughout the day.

“The most nervous part of the day for me was getting back to the weigh-in and hoping something didn’t jump out of my weigh-in bag,” Hardin said.

Kevin Wisnoski of Canton, Miss., earned $2,348 as the co-angler winner Saturday thanks to five bass weighing 15 pounds, 8 ounces that he caught on a crankbait. The tournament was Wisnoski’s first day to fish the Tombigbee Waterway.

John Breeden earned $350 as the co-angler Big Bass winner after catching a 5-pound, 7-ounce bass on a shaky-head rig on his first cast of the day.

Mississippi Division anglers will visit Columbus Pool in Columbus, Miss., May 17 for their third regular-season event. The division’s fourth qualifying event will be held on Tunica Lake in Tunica, Miss., June 14. A two-day Super Tournament, the division’s fifth and final event, will be held on Lake Ferguson in Greenville, Miss., Sept. 6-7.