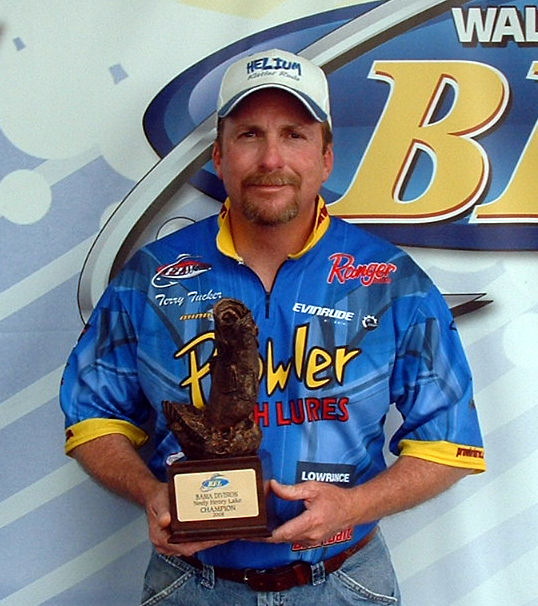 GADSDEN, Ala. – Boater Terry Tucker of Gadsden, Ala., won the Wal-Mart Bass Fishing League Bama Division tournament on Neely Henry Lake Saturday with a five-bass catch weighing 13 pounds, 13 ounces. The victory earned Tucker $2,986 plus a $527 Ranger contingency bonus and placed him one step closer to qualifying for the Lake Murray Regional Championship in Columbia, S.C., Oct. 23-25, where he could ultimately win a new 198VX Ranger boat and a Chevy truck.

“I caught my fish on a PJ’s jig using a Prowler skinny chunk and Prowler finesse worm,” Tucker said. “I was fishing the mid lake in 2 to 4 feet of water.”

Greg Diggs of Glencoe, Ala., earned $1,757 as the co-angler winner Saturday thanks to five bass weighing 10 pounds, 3 ounces.

Twilley earned $225 as the co-angler Big Bass winner after catching a 3-pound, 13-ounce.