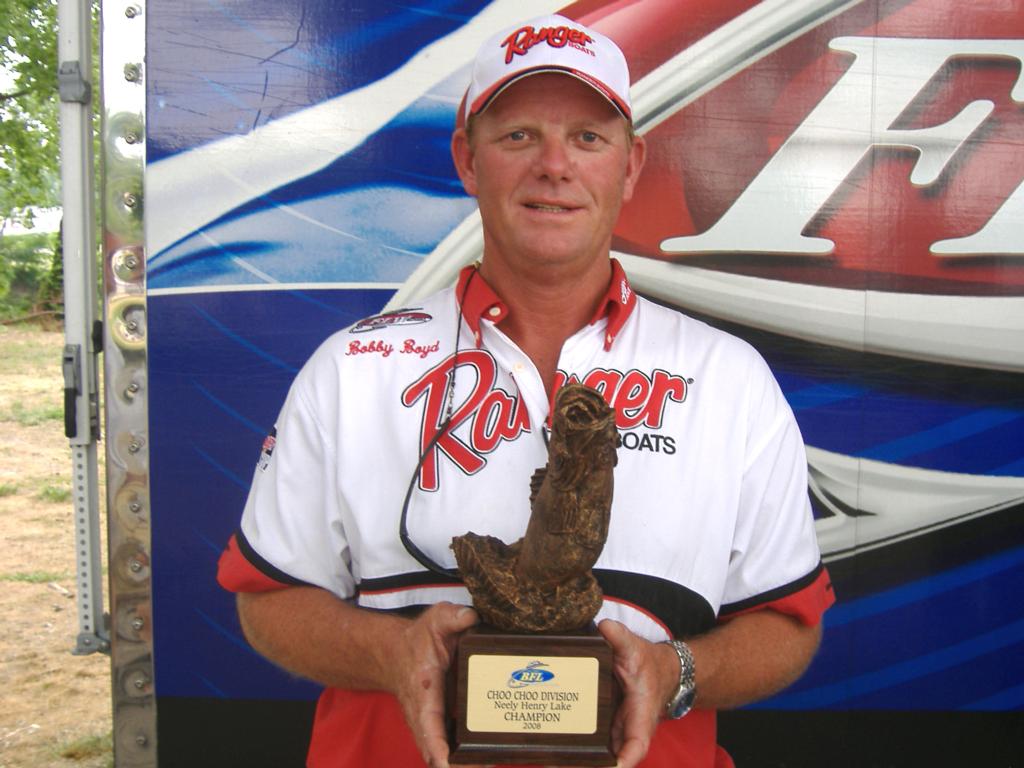 GADSDEN, Ala. – Boater Robert Boyd of Russellville, Ala., won the Wal-Mart Bass Fishing League Choo Choo Division tournament on Neely Henry Lake Saturday with a five-bass catch weighing 16 pounds, 6 ounces. The victory earned Boyd $3,983 plus a $702 Ranger contingency bonus and placed him one step closer to qualifying for the Lake Seminole Regional Championship in Bainbridge, Ga., Oct. 16-18, where he could ultimately win a new 198VX Ranger boat and a Chevy truck.

Boyd caught his fish on a Norman DD22 crankbait fishing only five minutes from the takeoff site- Coosa Landing.

Clinton Cody Jr. of Charleston, Tenn., earned $2,305 as the co-angler winner Saturday thanks to five bass weighing 18 pounds, 8 ounces that he caught on a jig and worm by Choo Choo Lures.

A two-day Super Tournament, the division’s fifth and final event, will be held on Lake Guntersville in Scottsboro Ala, Sept. 20-21.