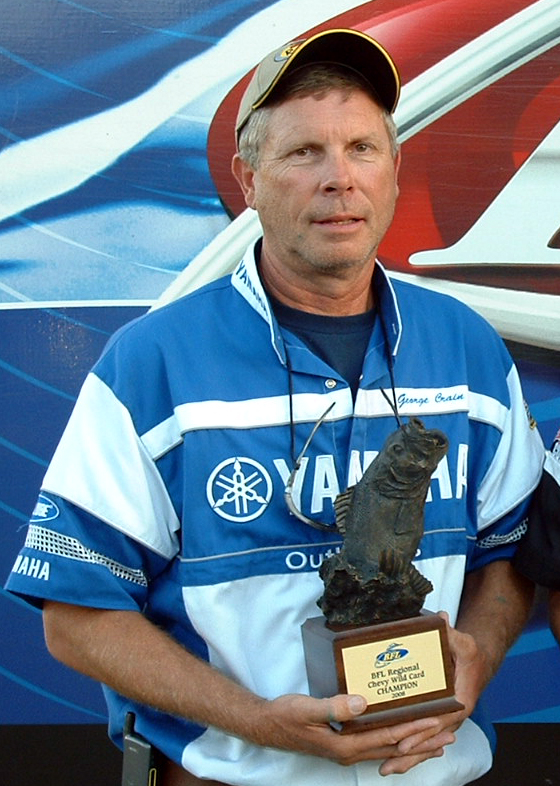 FLORENCE, Ala. – Boater George Crain of Cropwell, Ala., earned $5,762 Saturday as the winner of the Walmart Bass Fishing League Chevy Wild Card event on Pickwick Lake in Florence, Ala. Anglers who entered all five of their BFL division’s events and didn’t qualify for a Regional Championship were invited to compete in the two-day event.

Crain’s winning two-day catch of 10 bass weighed 28 pounds even. In addition to the prize money, Crain earned a ticket to the 2009 $1 million Walmart Bass Fishing League All-American presented by Chevy on the Mississippi River in Davenport, Iowa, May 28-30. With a top boater award of $140,000 and a top co-angler award of $70,000, the All-American is one of the most prestigious tournaments in bass fishing. The winning boater and co-angler at the All-American will also advance to the $2 million 2009 Forrest Wood Cup at Three Rivers in Pittsburgh, Pa., July 30-Aug. 2, where pros will fish for a top award of $1 million – the sport’s biggest payday.