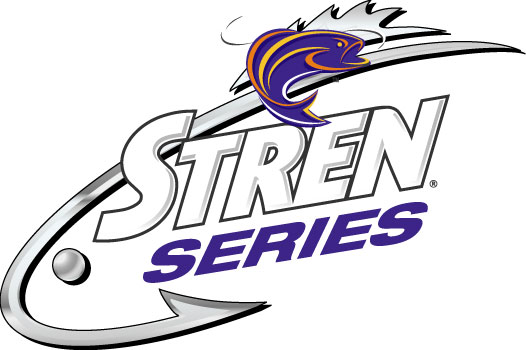 Ron Klys of Gainesville, Fla., caught the biggest bass of the tournament in the Pro Division Thursday – a 9-pound, 2-ounce bass – that earned him the day’s Big Bass award of $432.

Larry Mullikin of Lauderhill, Fla., won the Co-angler Division and a 198VX Ranger boat and trailer, with a three-day total of nine bass weighing 33-9.

Bubba Siren of Conyers, Ga., caught the biggest bass of the tournament in the Co-angler Division Friday – a 7-pound, 1-ounce bass – that earned him the day’s Big Bass award of $216.

The next Stren Series Southeast Division event, hosted by the Clarendon County Chamber of Commerce, will be held April 30- May 2 on Santee Cooper in Manning, S.C. Boats will launch from John C. Land III Landing in Summerton, S.C., and the final weigh-in will be held at the Wal-Mart located at 2010 Paxville Highway in Manning, S.C.

After four qualifying events are complete in each Stren Series division – Central, Northern, Southeast, Texas and Western – the top 40 pros and 40 co-anglers based on the points standings from each division will advance to the Stren Series Championship on Pickwick Lake in Florence, Ala., Nov. 5-7 for a shot at $150,000 in the Pro Division and $60,000 in the Co-angler Division. The top 10 pros and 10 co-anglers from each division will also qualify for the 2010 Walmart FLW Tour® and Walmart FLW Series®, bass fishing’s top professional circuits. The highest-finishing pro and co-angler from each division at the Stren Series Championship will also qualify for the 2010 Forrest Wood Cup, where anglers will compete for the $1 million grand prize – the most lucrative award in bass fishing

In Stren Series competition, pros supply the boats, fish from the front deck against other pros and control boat movement. Co-anglers fish from the back deck and compete against other co-anglers. Every angler who receives weight credit in a tournament earns points that determine angler standings. Two hundred points are awarded to the winner, 199 points for second, 198 points for third, and so on. The full field competes on days one, two and three, with the top 10 pros and 10 co-anglers advancing to day four based on their three-day accumulated weight. Winners are determined by the heaviest accumulated weight from all four days.