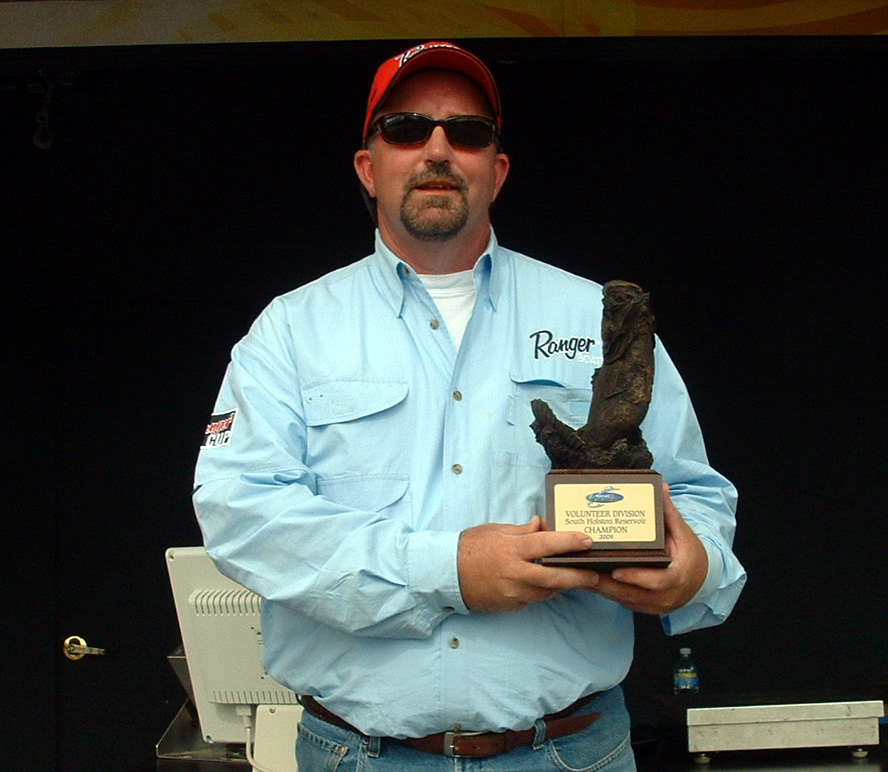 BRISTOL, Tenn. – Jim Thompson of Bluff City, Tenn., won the Walmart Bass Fishing League Volunteer Division tournament on the South Holston Reservoir Saturday with a four-bass catch weighing 17 pounds, 8 ounces. The victory earned Thompson $3,963 and placed him one step closer to qualifying for the Lake Norman Regional Championship in Lake Norman, N.C., Oct. 22-24, where he could ultimately win a new Ranger boat and a Chevy truck.

“I figured out a pattern nobody else had and was catching 20 pounds or so during practice,” said Thompson. “I backed off during the tournament and expected to catch 20 to 25 pounds.”

Keith Sykes of Clintwood, Va., and Tim Saylor took home the Folgers Big Bass award in the Boater Division, each earning $267 for a 5-pound, 13-ounce bass they caught. 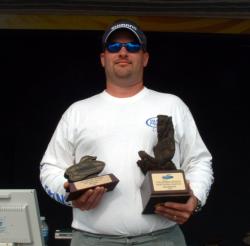 The next Volunteer Division event will be held on Douglas Lake in Kodak, Tenn., May 9.