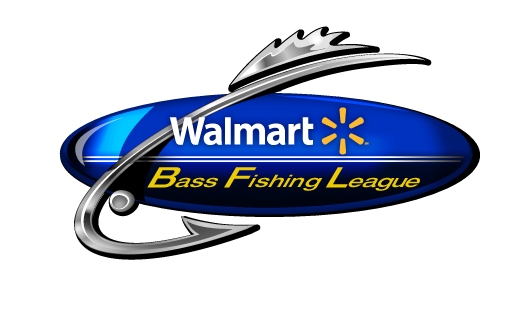 DAVENPORT, Iowa – Adam Wagner of Cookeville, Tenn., finished in first place and took home $120,000 at the $1 million Walmart Bass Fishing League All-American presented by Chevy on the Mississippi River with a four bass weighing 11 pounds, 5 ounces for a three-day total of 14 bass weighing 36-8 in the Boater Division.

“I am ready to go to the Forrest Wood Cup,” said Wagner. “This is giving me a shot to go on the FLW Tour. This has been my dream my whole life to be a professional fisherman since I was six years old.”

With the all important win, Wagner qualified for the $2 million Forrest Wood Cup presented by Castrol and BP, which will be held July 30-Aug. 2 on the Three Rivers in Pittsburgh, Pa., where he could win as much as $1 million – the sport’s biggest award.

“I took the gamble each day and locked through to (Pool) 13,” said Wagner. “I got lucky and found two fish in Pool 14. I had about 40 minutes in 14 before I had to lock through and was able to catch two of my key fish this week there.”

Wagner said there was a lot of traffic once he got to his spot today. “When I went where I had been fishing, there were seven boats on my spot. They were all kind and a couple kept fishing, but I went ahead and left and ended up catching one of my keepers in another spot.”

Using the same method that had put him in the lead, Wagner stuck to his pattern of targeting wood and grass. “I caught two flipping a beaver today and one on a green pumpkin senko in 13. I caught the big smallmouth in (Pool) 16 on a black-and-blue jig. That was the only one I caught there all week.”

Overall there were 20 bass weighing 42 pounds, 14 ounces caught in the Boater Division Saturday. The catch did not include any five-bass limits by the 10 anglers.

“We turned in right before we went in to the dam in Pool 16,” said Keeton. “We stayed in there for most of the day until about 12 or 12:30. We fished two or three different spots along the rock walls and we came out and fished an isolated section of a rock wall that had a wing dam on it. We made four or five passes there and I was able to limit out right there. I caught them on a black and red tube.”

Keeton, who attends Northern Alabama, fishes the National Guard FLW College Fishing circuit and said he will likely move up to the Stren Series next year.

For the first time in the 25-year history of the BFL All-American, a woman qualified. Belinda Lewis of Lawrenceburg, Tenn., qualified through the Bama Division, finished in 43rd place with one fish weighing 1-13 and earning $1,500.

“It was a great experience fishing with all the other anglers,” said Lewis. “Everybody got along and it felt like family out there fishing. I am definitely going to try and get back here again.”

Following Lewis’ weigh-in on Saturday, her boyfriend, Scott Towry, went on stage and asked her to marry him, capping off a great weekend for Lewis and her family. “That moment topped it all,” said Lewis.

Overall there were 13 bass weighing 25 pounds, 8 ounces caught in the Co-angler Division Saturday. The catch included one five-bass limit by 10 anglers.

As the nation’s leading weekend tournament circuit, the Walmart Bass Fishing League and its 28 divisions nationwide are widely credited with opening competitive bass fishing to the masses. The BFL also serves as a steppingstone for anglers who wish to advance to the Stren Series, Walmart FLW Series and ultimately the FLW Tour.