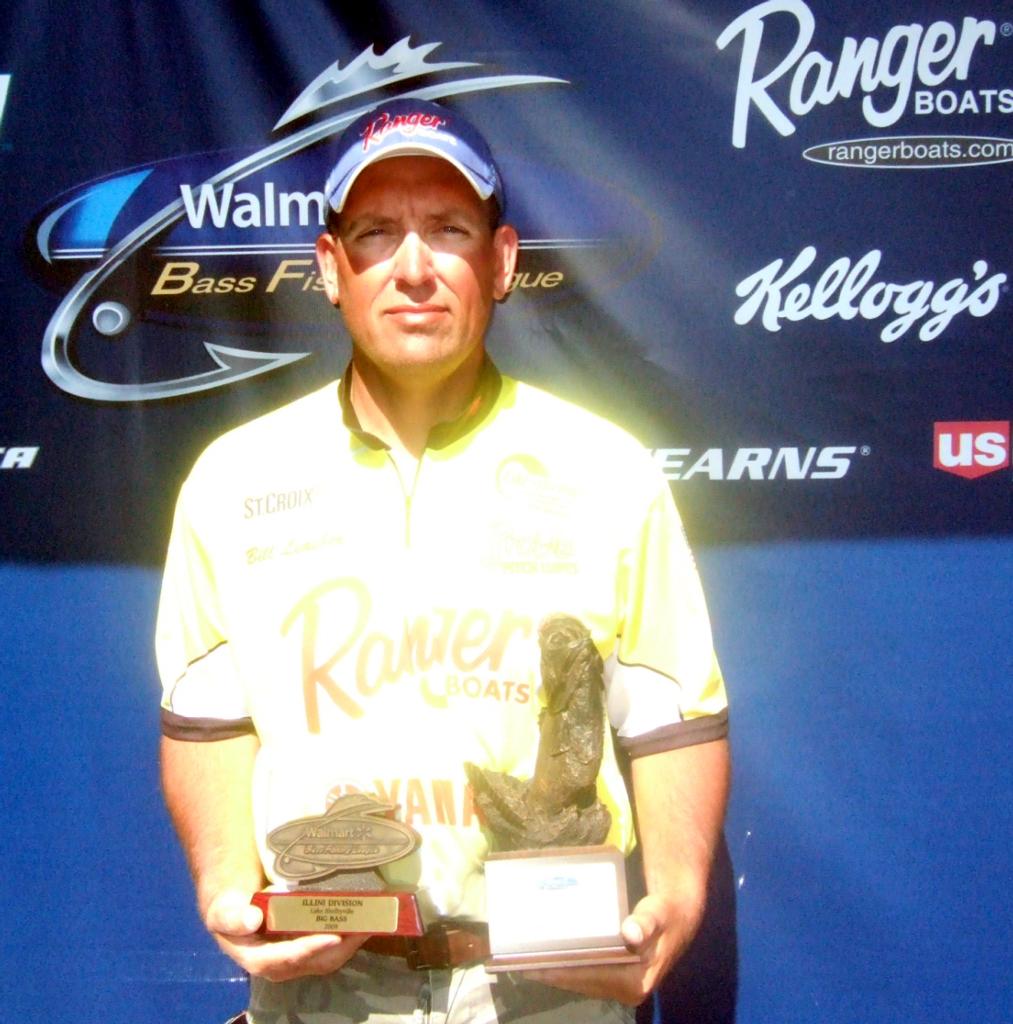 SHELBYVILLE, Ill. – Bill Leasher of Neoga, Ill., won the Walmart Bass Fishing League Illini Division tournament on Lake Shelbyville Saturday with a five-bass catch weighing 15 pounds, 5 ounces. The victory earned Leasher $3,592 and placed him one step closer to qualifying for the Fort Madison Regional Championship in Fort Madison, Iowa, Oct. 1-3, where he could ultimately win a new Ranger boat and a Chevy truck.

Leasher said he fished on the south end of the lake and used a soft-plastic lizard on a Carolina rig to target secondary points 10 to15 feet deep.

The next Illini Division event will be held on the Mississippi River in Fort Madison July 11.