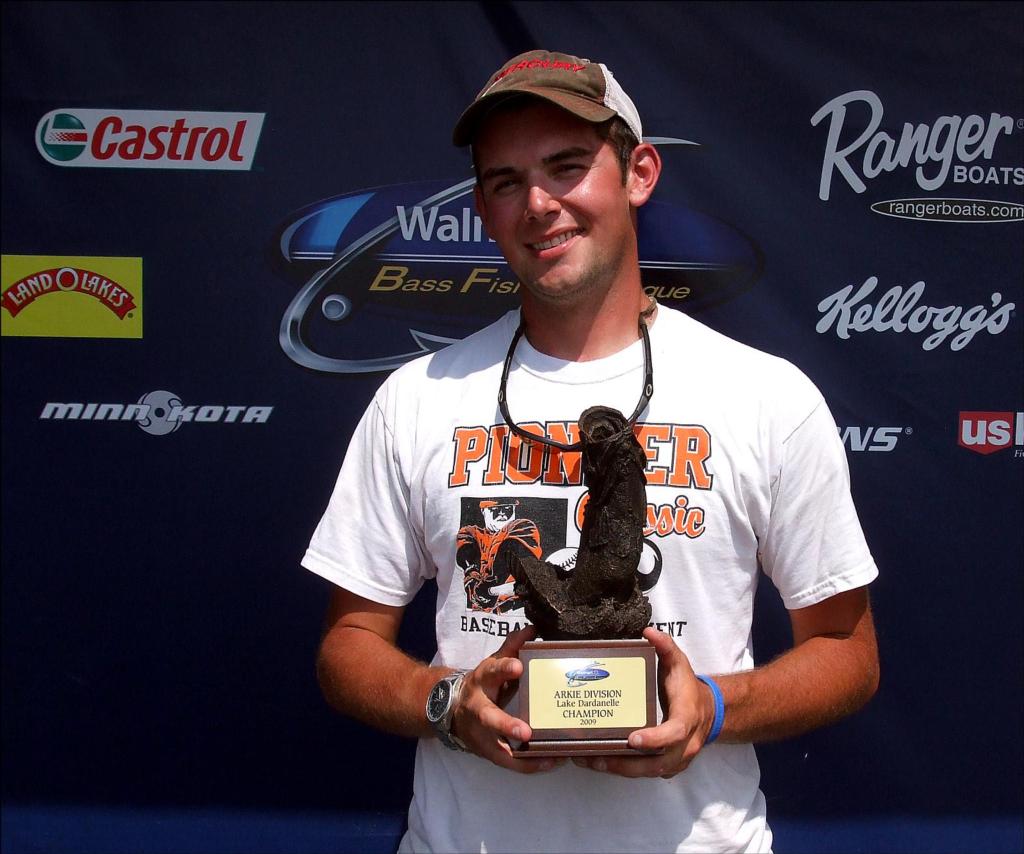 RUSSELLVILLE, Ark. – Dylan Hawkins of Pottsville, Ark., won the Walmart Bass Fishing League Arkie Division tournament on Lake Dardanelle Saturday with a five-bass catch weighing 15 pounds, 3 ounces. The victory earned Hawkins $4,235 and placed him one step closer to qualifying for the Kentucky Lake Regional Championship in Gilbertsville, Ky., Oct. 15-17, where he could ultimately win a new Ranger boat and a Chevy truck.

Hawkins said he caught the majority of his bass fishing the lower end of the lake on shallow lay-downs.