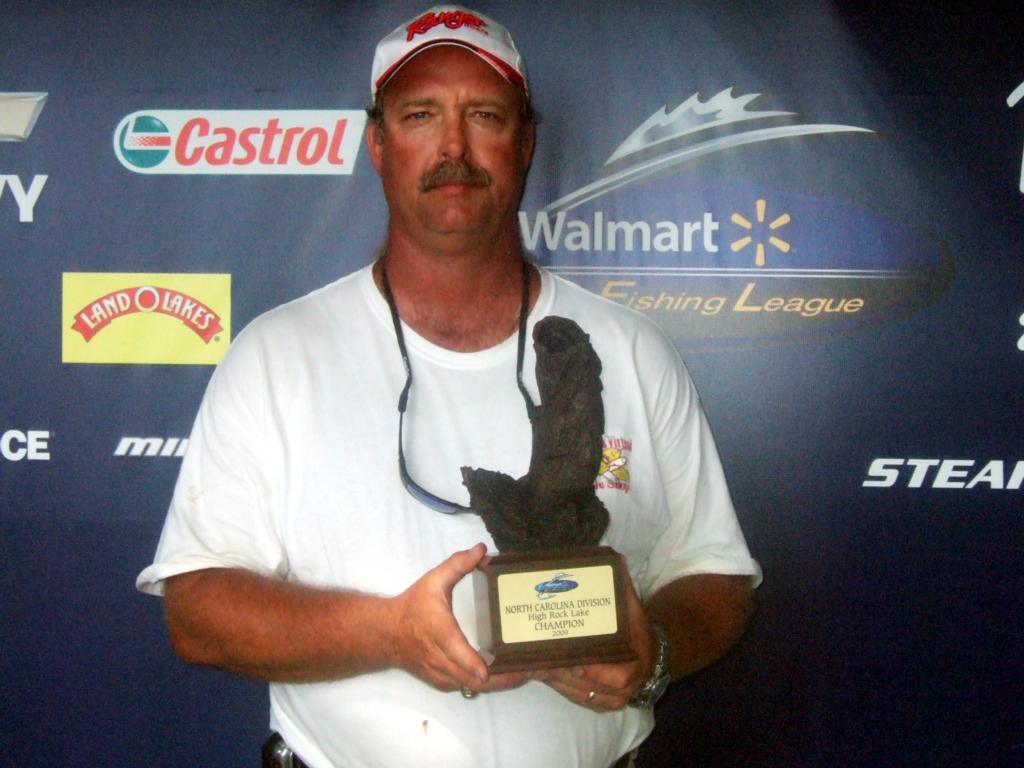 “This is my fourth win fishing the BFLs,” said Brunson. “It always feels good to go out and whip them all.”

Brunson was fishing water 15 feet deep on the main lake with a chartreuse crankbait with a green back.

“I fished shallow all morning and did not catch a keeper,” Brunson said. “Around 9 a.m. I started fishing a chartreuse crankbait a little bit deeper. I caught my first 7-pounder about 9:15 a.m. and caught a second 7-pounder around 10 a.m.”

Richard Bradford of Hoffman, N.C., earned $2,214 as the co-angler winner Saturday thanks to five 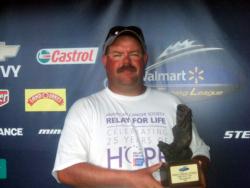 The next North Carolina Division event will be the Super Tournament held on the Lake Norman in Blythe Landing, N.C., Sept. 26-27.