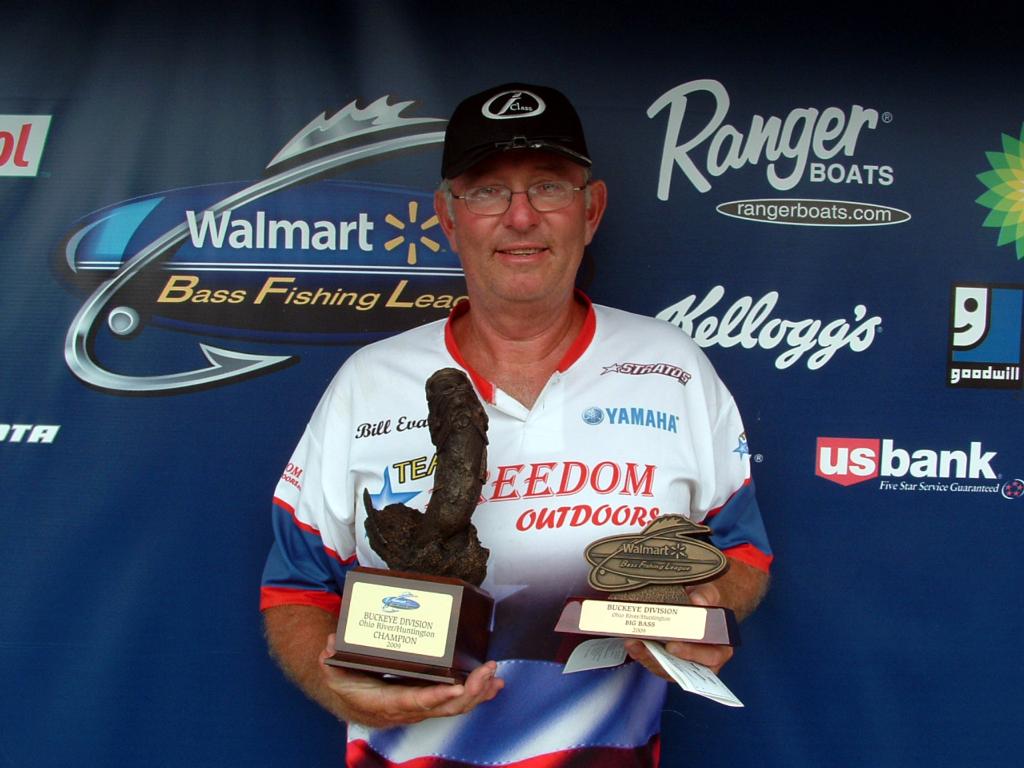 HUNTINGTON, W. Va. – Bill Evans of Friendship, Ohio, won the Walmart Bass Fishing League Buckeye Division tournament on the Ohio River Saturday with a four-bass catch weighing 6 pounds, 6 ounces. The victory earned Evans $3,426 and placed him one step closer to qualifying for the Kentucky Lake Regional Championship in Gilbertsville, Ky., Oct. 15-17, where he could ultimately win a new Ranger boat and a Chevy truck.

“My engine broke down and I had to ride in with another competitor to make it to the weigh-in,” said Evans. “This is my first BFL win.”

Evans said he fished near Ironton, Ohio, in grassy areas fishing with a white spinnerbait, a silver and blue Pop-R, a black and red Brush Hog, and drop-shot a Roboworm.

Kenny Mitchell of Franklin, Ohio, earned $1,713 as the co-angler winner Saturday thanks to two bass 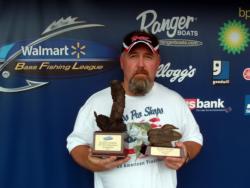 weighing 3 pounds, 14 ounces that he caught on a Shakey Head soft plastic worm.

The next Buckeye Division event will be held on the Ohio River in Maysville, Ky., Aug. 8.