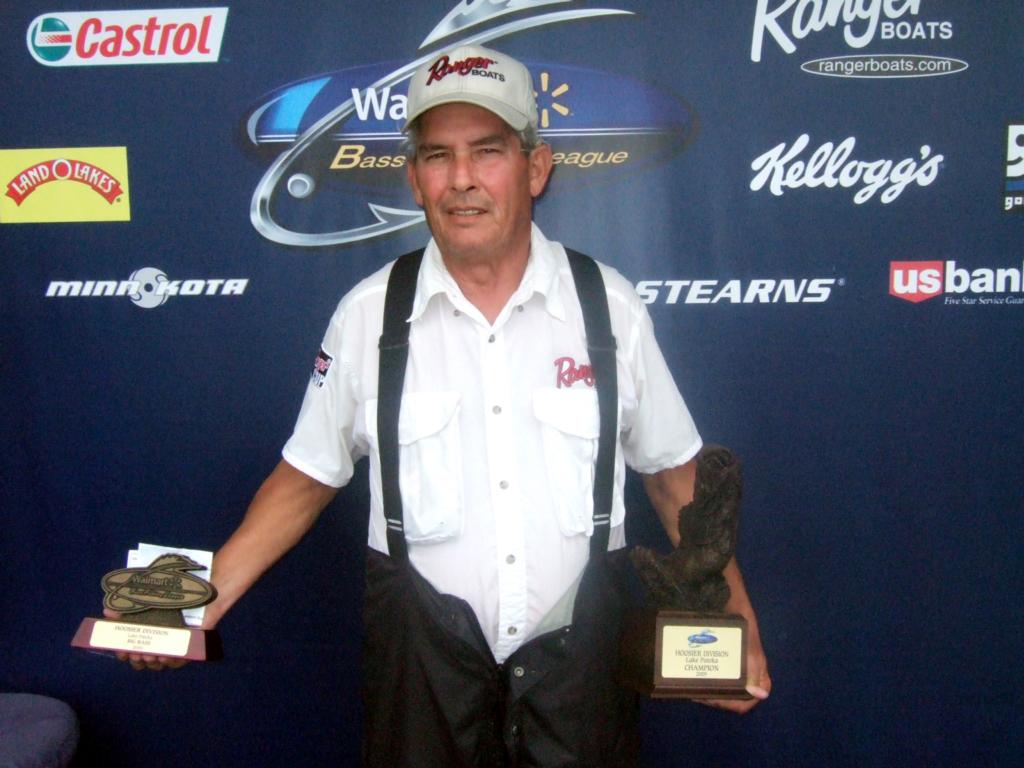 JASPER, Ind. – Boater Ron Allen of Huntingburg, Ind., won the Walmart Bass Fishing League Hoosier Division tournament on Lake Patoka Saturday with a five-bass catch weighing 21 pounds, 15 ounces. The victory earned Allen $3,205 and placed him one step closer to qualifying for the Kentucky Lake Regional Championship in Gilbertsville, Ky., Oct. 15-17, where he could ultimately win a new Ranger boat and a Chevy truck.

“I felt it would take at least 20 pounds to win this tournament from what I had seen guys catching earlier in the week,” said Allen. “We got hit by a bad storm heading in to the weigh-in. You couldn’t even see the end of the boat because of the rain.”

Allen had caught 15 pounds of his limit by 7:30 a.m., finishing out his winning weight by 1:30 p.m., before the storm rolled in. He had been fishing mid-lake with a Texas rigged 10-inch worm with a 1/2-ounce sinker on a 15-pound Seaguar fluorocarbon line. 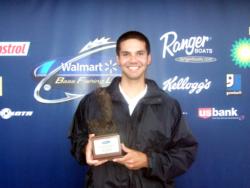 Michael Leistner of Camby, Ind., earned $1,603 as the co-angler winner Saturday thanks to four bass weighing 11 pounds, 4 ounces that he caught on a Zoom Super Hog with 1/2-ounce sinker.

The next Hoosier Division event, a two-day Super Tournament, will be held on the Ohio River in Tell City, Ind., Sept. 19-20.