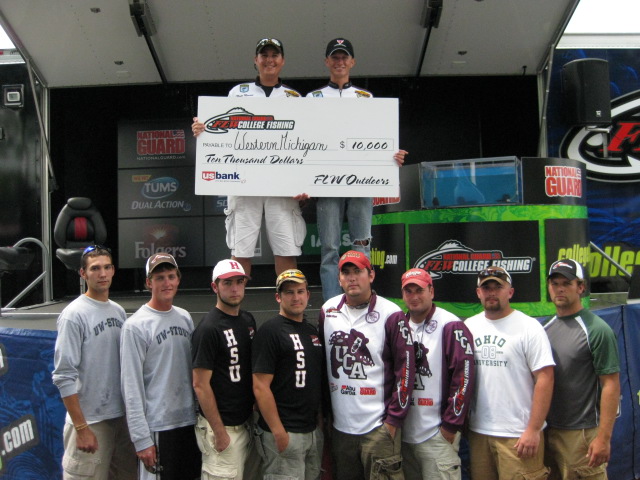 “We had our limit in probably 45-50 minutes,” said Monroe, a senior studying sales and business marketing. “but they were a lot of two-pounders, so we just fished that area pretty good. We had a bunch of other stuff we wanted to try and we got nothing. So we came back and just went to whacking it.” 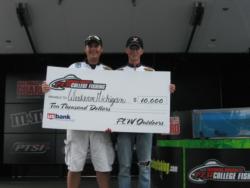 “We knew it was going to take this much, so we went for retreads and that is what worked,” said Monroe.

“This was a true teamwork effort to pull this out today,” said Gipson, a junior majoring in elementary education. “I appreciate everything that the National Guard and FLW Outdoors has done for us and to create this opportunity.”

The duo were drop shotting in 20 to 40 foot of water in the main river channel using cross tail shad, a drop shot goby and Berkley Gulp! minnows. 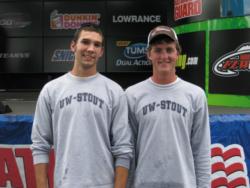 FLW Outdoors announced the College Fishing trail in May 2008. The entire schedule, which is organized around the five Stren Series Divisions, can be found by visiting CollegeFishing.com along with rules, requirements and information on how to create a bass club.

Full-time students enrolled in four year colleges or universities are eligible to participate in the events. Schools can send two-person teams to each of the four qualifying events in their division, with each event limited to a maximum of 40 teams. Each team has the opportunity to win $10,000 for first and $2,000 through fifth place. Prize money is split evenly between the winning team’s club and the school they represent. The tournaments are free to enter, boats and drivers are provided and all collegiate teams receive a travel allowance. The top five teams in each qualifying event advance to one of five televised three-day National Guard FLW College Fishing Regional Championships.

Each school represented in a televised Regional Championship will have team shirts and boats provided by Ranger. The purse for each Regional Championship includes a Ranger 177TR with a 90-horsepower Evinrude or Yamaha outboard wrapped in school colors for the winning club and $25,000 for the school they represent. Awards of $6,000 also extend through fifth place for the club and school to split evenly. 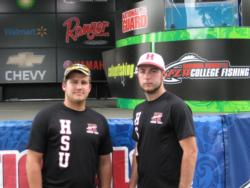 The National Guard FLW College Fishing National Championship is a three-day televised event hosting the top five teams from each regional, 25 total teams. Teams will be provided shirts and wrapped Ranger boats towed by Chevy trucks for this competition. The purse for the championship ranges from $25,000 cash and a Ranger 177TR with a 90-horsepower Evinrude or Yamaha outboard wrapped in school colors for the winning club and $50,000 for the school they represent to $15,000 for fifth, split between the club and school.

The winning team will be declared the National Guard FLW Collegiate National Champion and will qualify for the 2010 Forrest Wood Cup presented by BP and Castrol in 2010. The winners will also receive use of a wrapped boat and Chevy truck for the Forrest Wood Cup. 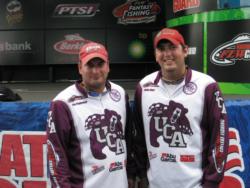