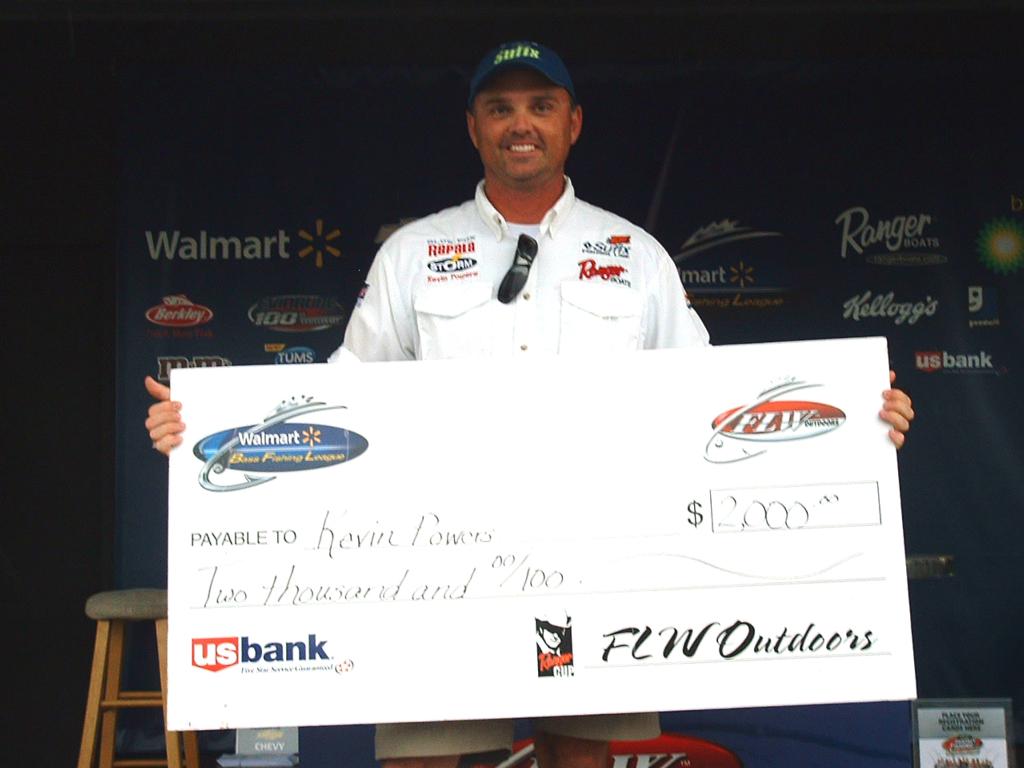 Anglers were competing to qualify for the Lake Norman Regional Championship in Lake Norman, N.C., Oct. 22-24, where they could ultimately win a new Ranger boat and a Chevy truck.

“I didn’t get many bites this weekend, but I made the ones I did get count,” said Powers. “I only had five keeper bites on Saturday and six on Sunday. All my fish came in 1 foot or less of water using buzzbaits, a Spook and a jig.”

According to Powers, Saturday’s bright and sunny conditions helped keep the fish shallow, and the rain on Sunday sent the fish roaming making it a little tougher to catch the bass. He did indicate that he got his “big” fish off a deep dock.

Lester Bullens of Berea, Ky., earned $2,441 as the co-angler winner Saturday thanks to 7- bass 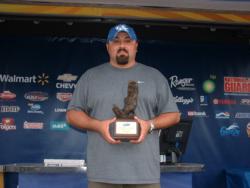 weighing 14 pounds, 14 ounces that he caught on a Senko or DD22 crankbait.

Scottie Cook of Hustonville, Ky. and Steve Prewitt of Perryville, Ky. each earned $150 as they tied for the co-angler Folgers Big Bass winner after catching a 3-pound, 6-ounce bass each.