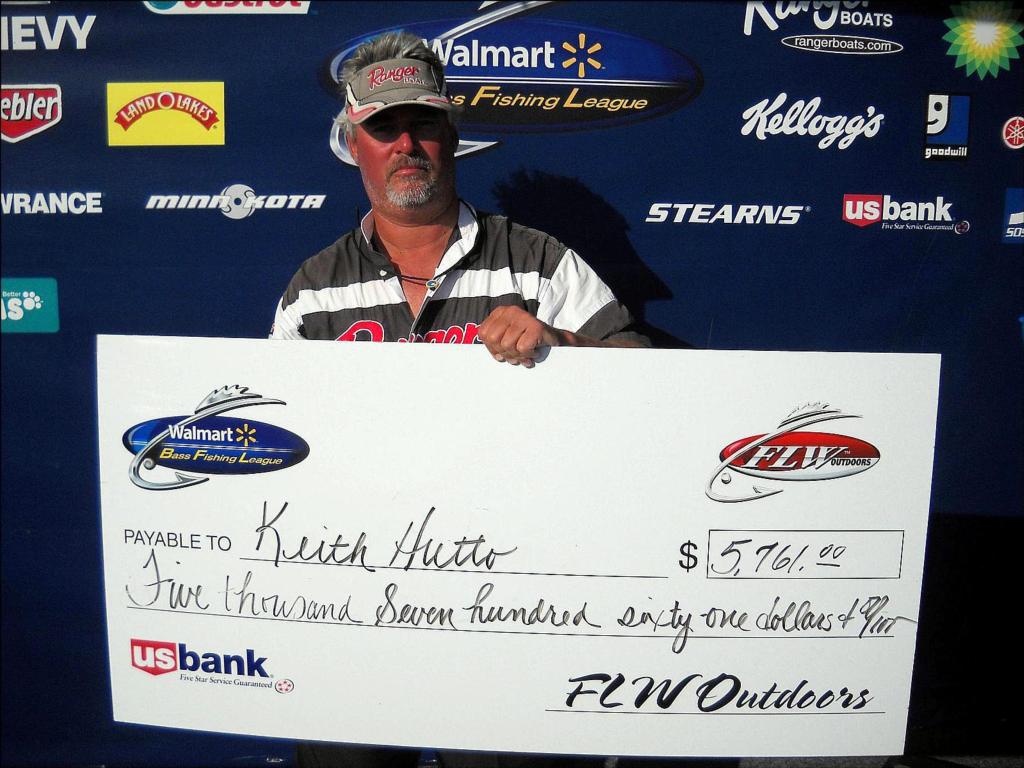 “I’ve had quite a few second-place finishes, so it was nice to win one,” Hutto said. “Actually, several of the local guys right behind me going into the second day were good local fishermen on the lake, and I felt like I’d have to have another good bag the second day.

“We had a big front come through and winds blew out of the west, which they hadn’t done for a month. All of us struggled yesterday.”

Hutto said he targeted suspended fish on offshore humps and points off ledges in 15 to 35 feet of water with a glimmer-blue Zoom Super Fluke.

Heather Broom of Sylva, N.C., earned $2,880 as the co-angler winner Sunday thanks to a two-day 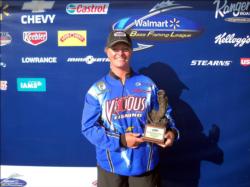 catch of seven bass weighing 10 pounds, 15 ounces that she caught fishing points with a soft-plastic jerkbait.