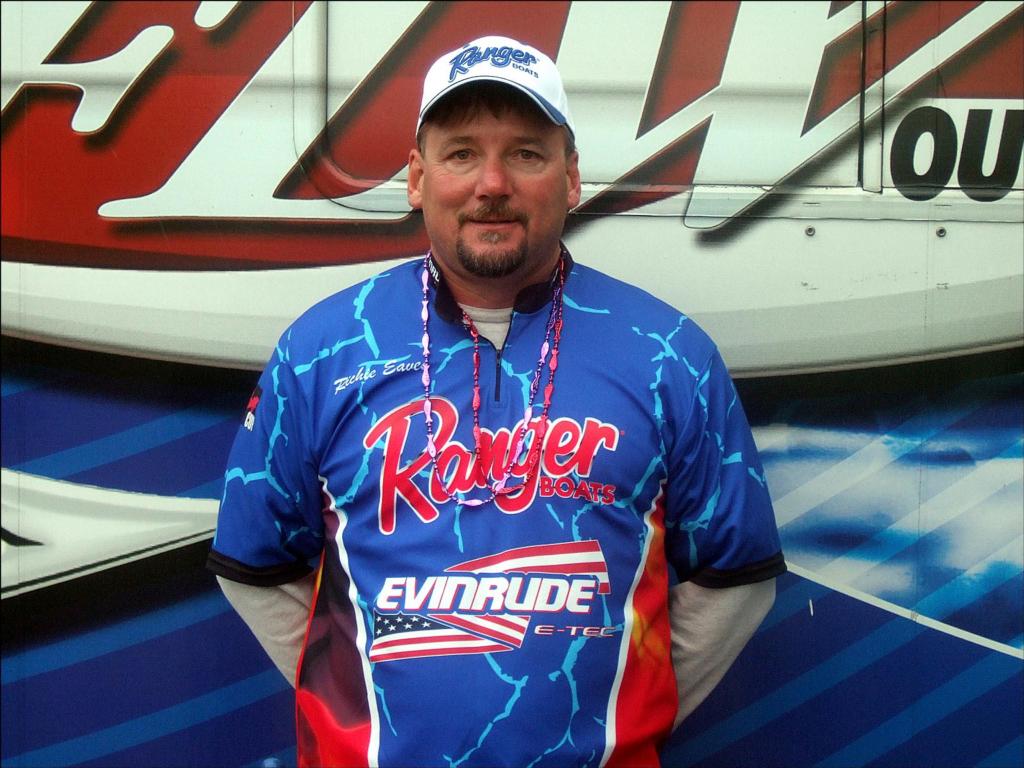 Boater Richie Eaves of Nauvoo, Ill., won the BFL Fort Madison Regional Championship on the Mississippi River to earn a Ranger 198VX boat with a choice of a 200 horsepower Evinrude or Yamaha motor and a Chevrolet 1500 Silverado. Angler: Richie Eaves.
October 3, 2009 • MLF • Archives

The victory earned Eaves a Ranger 198VX boat with a choice of a 200 horsepower Evinrude or Yamaha motor and a Chevrolet 1500 Silverado. The win also helped him qualify for the 2010 BFL All-American to be held in Davenport, Iowa, May 27-30, 2010, on the Mississippi River where he could ultimately win a top prize of $140,000 and a trip to the 2010 Forrest Wood Cup.

“It was a cold and miserable weekend,” said Eaves. “It was hard staying out there fishing all day and staying confident with conditions the way they were. I fished the areas I knew fish lived and slowed way down. Other anglers fished the same area and said they couldn’t believe how slow I actually fished; but I think that is how I was able to win.

“I was very fortunate to draw great partners each day. None of them complained about sitting in the same spot, and they all really allowed me to fish my game. I think I had about 40 people in the crowd cheering me on, and to have their support was really something special,” added Eaves.

Ben Due of Mauston, Wis., won a Ranger 198VX boat with a choice of a 200 horsepower Evinrude or 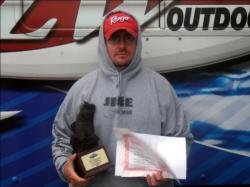 Yamaha motor as the co-angler winner Saturday thanks to a total of nine bass weighing 18 pounds, 5 ounces.

The top 40 boaters and 40 co-anglers in BFL’s LBL, Great Lakes, Illini, and Michigan divisions advanced to this no-entry-fee Fort Madison Regional Championship. All seven of the BFL regional championships will each send six boaters and six co-anglers to the no-entry-fee Walmart BFL All-American presented by Chevy, which features a $1 million purse and a top award of $140,000 in the Boater Division and $70,000 in the Co-angler Division. Anglers who compete in all five regular-season events within a division but do not advance to a Regional Championship are eligible to compete in the Chevy Wild Card, which will also send six boaters and six co-anglers to the All-American for a total of 48 boaters and 48 co-anglers advancing through BFL competition.