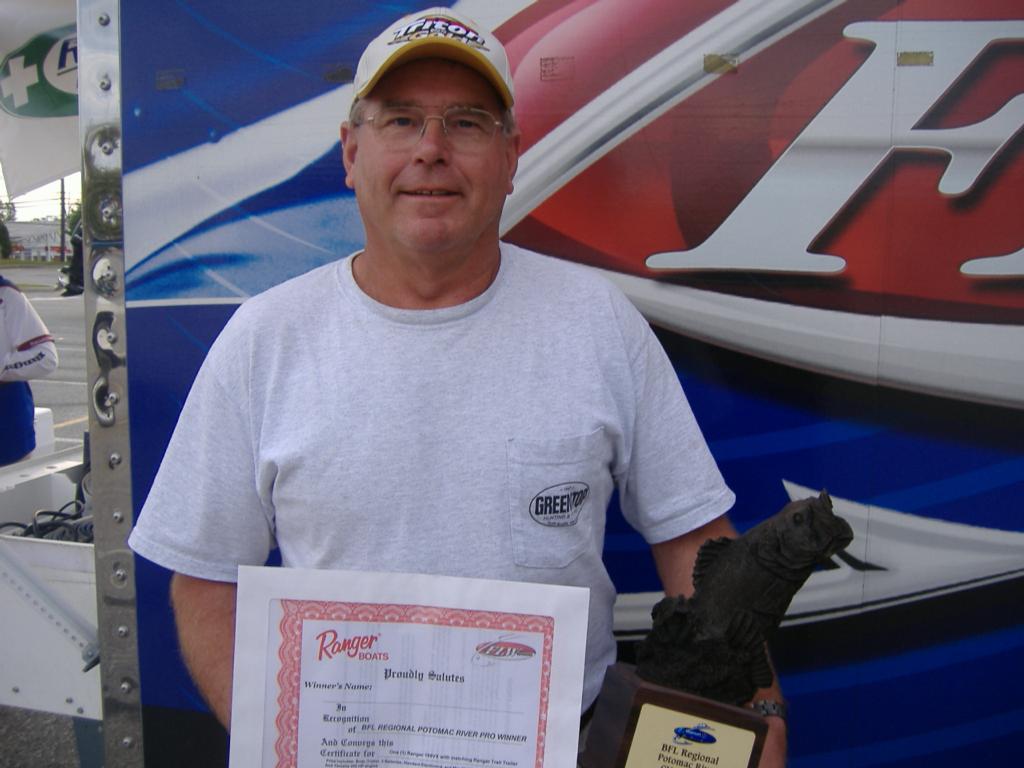 Boater Steve Miller of Mechanicsville, Va., won the Oct. 8-10 BFL Regional on the Potomac River to earn a Ranger 198VX boat with a choice of a 200 horsepower Evinrude or Yamaha motor and a Chevrolet 1500 Silverado.
October 10, 2009 • MLF • Phoenix Bass Fishing League

“This win is long overdue,” said Miller, who said he has fished BFL events for more than a decade. “I’ve been fishing a long time and been close, but this is my first win.

“I didn’t fish flawless by any means, but I ended up catching a good bag,” Miller added.

Miller said his win didn’t come easily. His trim malfunctioned on his motor on the second day of competition, seriously hampering his mobility.

“I limped around and ended up having some friends help me out,” Miller said. “Fortunately I got through it OK.”

Miller said he had five areas that were holding fish and he bounced back and forth among the areas. Miller said his understanding of wind and how it affects the Potomac helped clinch his win.

“If you don’t realize what the wind gives you or what the wind takes away, it can really affect you,” Miller said. “You’ll be fishing in muddy water.”

Miller, who works at Virginia’s Green Top Sporting Goods, said the sporting goods store and Berkley were indispensable sponsors who contributed to his win. Miller said he slow rolled a chartreuse-and-white spinnerbait through grass and pitched and swam a green-pumpkin Berkley Crazy Leg Chigger Craw through grass to catch his bass. 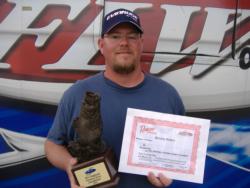 Charlie Russler of Hedgesville, W.Va., won a Ranger 198VX boat with a choice of a 200 horsepower Evinrude or Yamaha motor as the co-angler winner Saturday thanks to 14 bass weighing 31 pounds, 15 ounces.

The top 40 boaters and 40 co-anglers in BFL’s Empire, Piedmont, Northeast and Shenandoah divisions advanced to this no-entry-fee Potomac River Regional Championship. All seven of the BFL regional championships will each send six boaters and six co-anglers to the no-entry-fee Walmart BFL All-American presented by Chevy, which features a $1 million purse and a top award of $140,000 in the Boater Division and $70,000 in the Co-angler Division. Anglers who compete in all five regular-season events within a division but do not advance to a Regional Championship are eligible to compete in the Chevy Wild Card, which will also send six boaters and six co-anglers to the All-American for a total of 48 boaters and 48 co-anglers advancing through BFL competition.