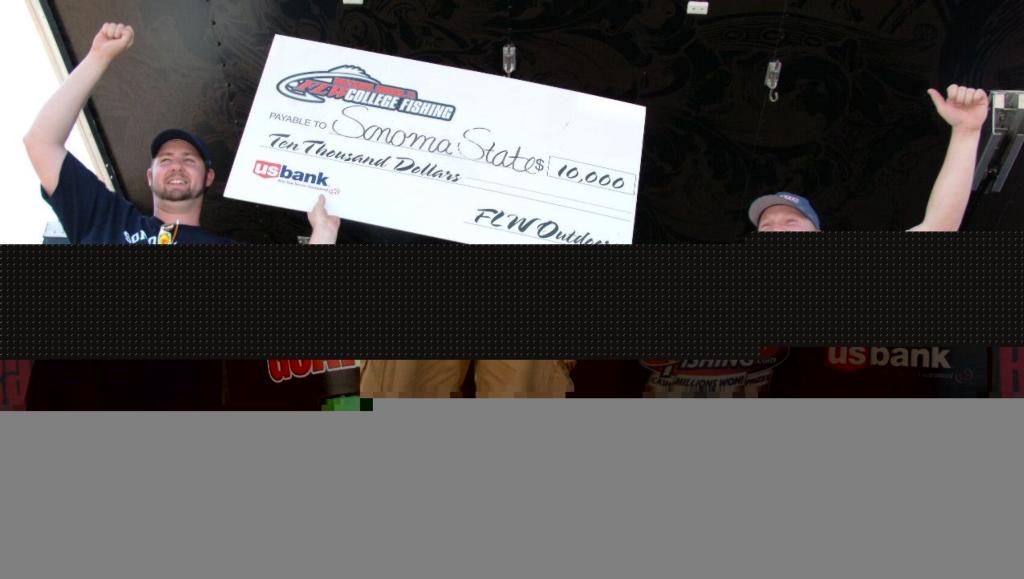 The win also helped them advance to the Western Division Regional Championship where they could ultimately win a Ranger 177TR with a 90-horsepower engine wrapped in school colors for their school’s bass club and $25,000 for the school they represent.

“Luke really got our mojo flowing early when he landed his first monster smallie about 8:30 (a.m.),” said Alex Christianson, a junior business major. “After that we realized that the fish were bedding and went from there. We stayed within two miles of the marina, which was pretty protected all day, staying in coves with grassy areas with sandy bottoms. We stayed pretty shallow – 1 to 5 feet was it.” 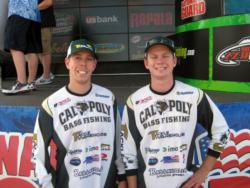 The team caught a mixed bag including the one kicker smallmouth weighing in at over 3 1/2 pounds. The remaining five largemouths were all on beds; one was cruising and the rest were posted on the beds.

“This was my first tournament,” said Luke Haley, a junior in physics. “I caught my first smallie on a drop-shot, and for the rest we just went sight fishing. Alex was amazing.” 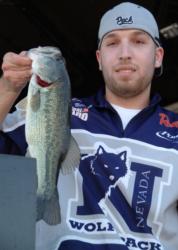 The next National Guard FLW College Western Division tournament is scheduled for June 12, at the California Delta in Stockton, Calif. College Fishing is free to enter, boats and drivers are provided by FLW Outdoors and all collegiate teams receive a travel allowance. The top five teams in each qualifying event advance to one of five televised three-day National Guard FLW College Fishing Regional Championships.