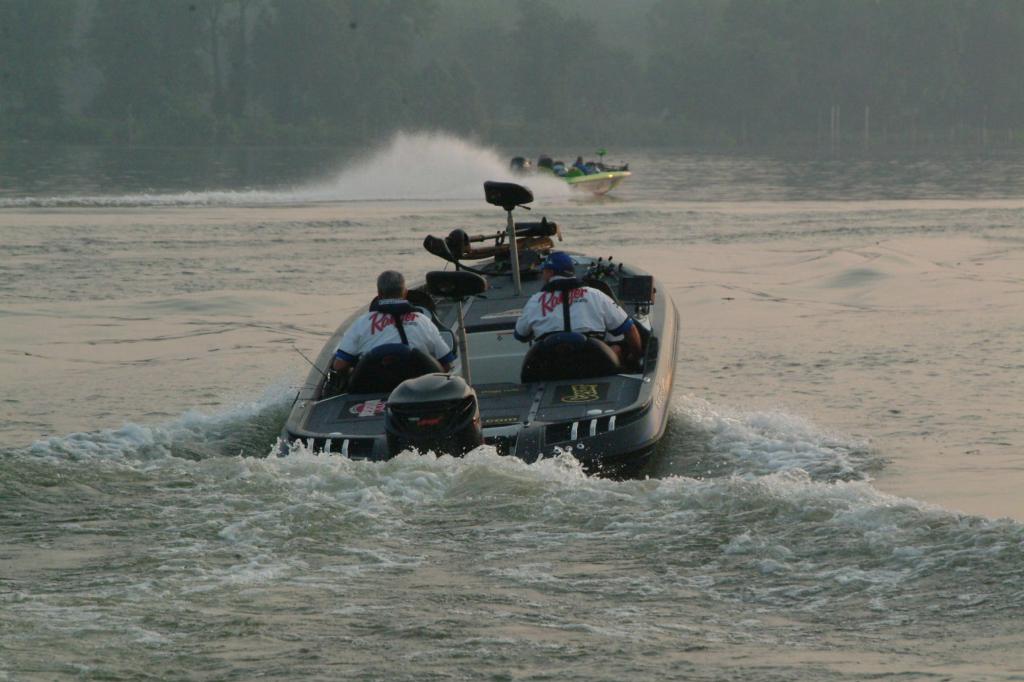 As competitors launch on day three, they wonder what the stingy Ohio River will relinquish on the final day. Photo by Jennifer Simmons.
September 17, 2010 • MLF • Press Releases

LAWRENCEBURG, Ind. – The FLW Bass Fishing League is headed to the Ohio River at Tanners Creek Sept. 25-26 for the fifth and final stop in the Buckeye Division for a two-day Super Tournament. As many as 400 boaters and co-anglers will compete for top awards up to $11,000 and $4,500, respectively.

“Typically you win tournaments fishing the creeks,” said FLW Tour pro John Voyles of Petersburg, Ind. “Right now the tournament could be won in the creeks or on the main river. However, I think the fish are going to be easier to catch on the river right now. The current is really setting the fish up for a good main-river bite.

“If the river is clear, you can use a drop-shot,” added Voyles. “Crankbaits, spinnerbaits and Pop-Rs will also work well. The Ohio River is just a grind, and anglers will need to keep their heads down, their bait in the water and to keep moving.”

Voyles went on to say that rocky points could play a part in this tournament as well, but he indicated that the main river had really turned on the last week or so and thought the best chance of winning would be in the main river. Eight to 10 pounds per day is what he felt would win the tournament.

The Ohio River/Tanners Creek BFL tournament is being hosted by the Dearborn County Chamber of Commerce.

The BFL is a 24-division circuit devoted to weekend anglers, offering bigger prizes to those who qualify for regional championships and those who make it to one of the longest-running championships in all of competitive bass fishing – the BFL All-American presented by Chevy. Top winners in the BFL can move up to the American Fishing Series or even the FLW Tour.