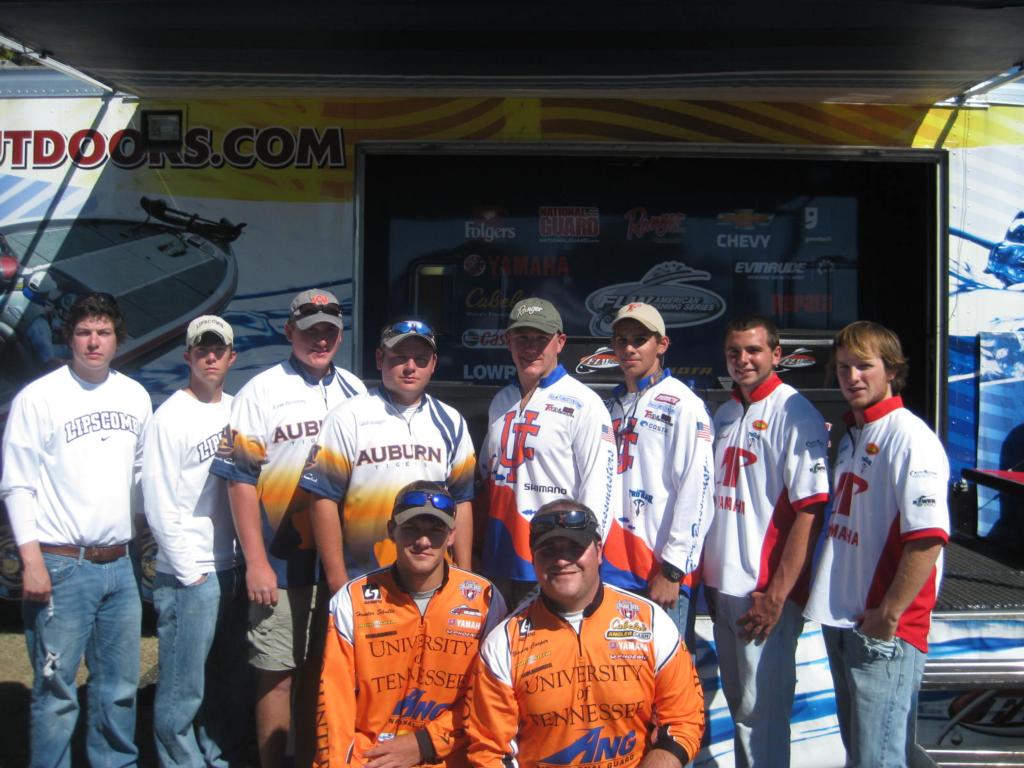 The victory earned the team $10,000 to be split evenly between the university and the university’s bass-fishing club. The win also helped them advance to the Southeast Division Regional Championship where 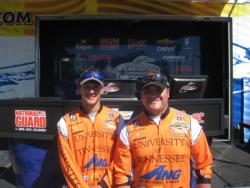 they could ultimately win a Ranger 177TR with a 90-horsepower engine wrapped in school colors for their school’s bass club and $25,000 for the school they represent.

“I am so pumped,” said Hunter Shults, an undecided freshman. “This was my first FLW Outdoors tournament and to qualify for the regional championship is so exciting.

“We caught both our big fish using a spinnerbait; Bradley and I used the exact same baits and I caught all largemouth and he caught all smallmouth, it was kind of amazing,” Shults added. “We tried some topwater baits early; we had the numbers but not the size so we adjusted pretty quickly and were able to bring in a limit.”

Temperatures dropped from the high 90s to mid to low 80s over the course of a week and Cooper believes that plus the pros fishing the lake all week added to the tough fishing conditions. 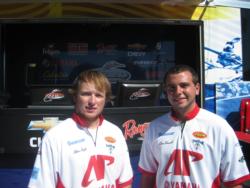 “I was pretty surprised by how slow the fishing was today,” said Bradley Cooper a junior in Logistics. “I was here fishing another tournament last weekend and we had a ton of bites, today we caught only eight keepers.”

Rounding out the top five teams and also qualifying for the Southeast Regional Championship are: 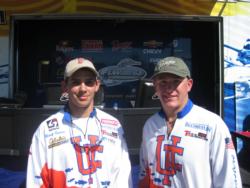 The National Guard FLW College Southeast Regional Championship is scheduled for Oct. 21-23, at Monroe Lake in Orlando, Fla. The three day tournament will be hosted by University of Central Florida and will be televised on VERSUS Nov. 21 from 12:30 to 1:30 EST.

Also qualifying for the Southeast Regional were: 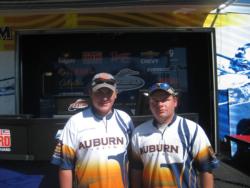 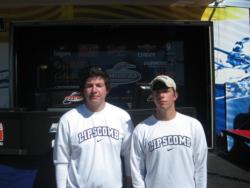 College Fishing is free to enter, boats and drivers are provided by FLW Outdoors and all collegiate teams receive a travel allowance. For a complete list of tournament results visit collegefishing.com