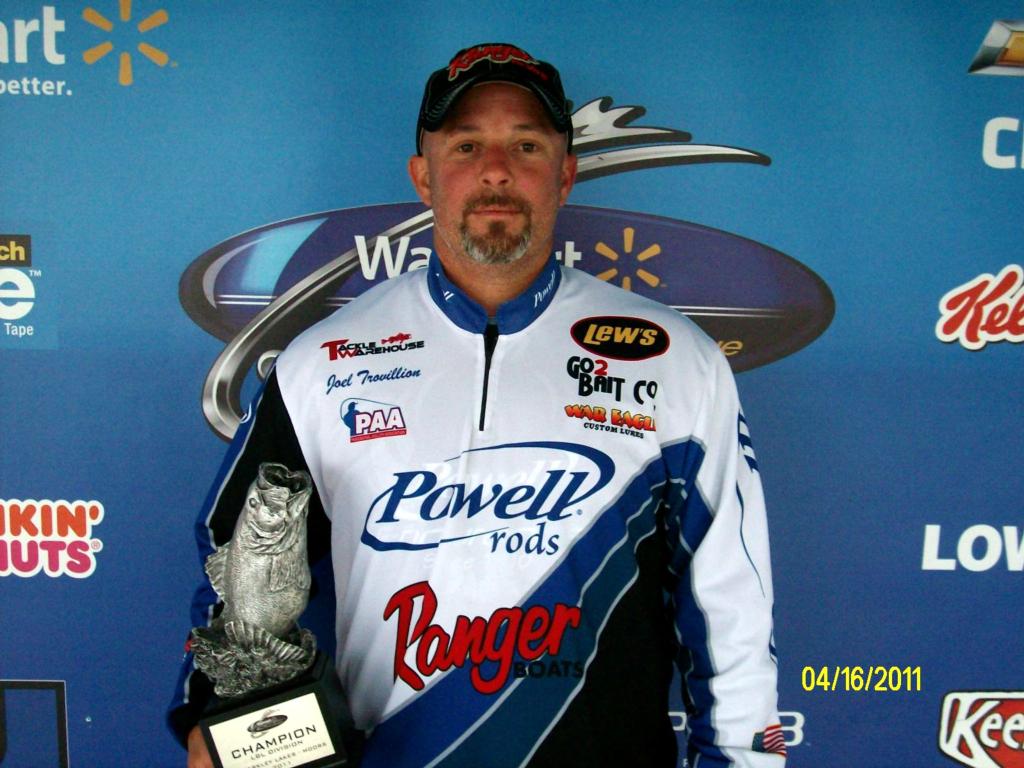 Boater Joel Trovillion of Grantsburg, Ill., caught a five-bass limit weighing 18 pounds, 3 ounces April 16 to win $3,426 plus a $2,000 Ranger Cup bonus in the BFL LBL Division tournament on Kentucky-Barkley lakes. He was using crankbaits to haul in his catch. 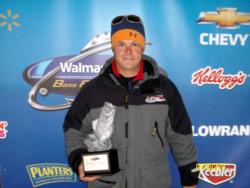 Brian Gray of Watseka, Ill., caught a five-bass limit weighing 15 pounds, 1 ounce to win $1,713 in the Co-angler Division. He was using a black-and-blue jig in shallow water to catch his limit.

The next BFL LBL Division tournament is scheduled for May 14 on Kentucky-Barkley lakes in Hardin, Ky. After the fifth LBL Division tournament is complete, the top 40 boaters and 40 co-anglers based on point standings will qualify for the Nov. 3-5 Regional Championship on Lake Dardanelle in Russellville, Ark. Boaters will compete for a top award of a Ranger 198VX with a 200-horsepower Evinrude or Mercury outboard and a Chevy pick-up, while co-anglers will fish for a new Ranger 198VX.

Bass Fishing League competition is a 24-division circuit devoted to weekend anglers offering bigger prizes to those who qualify for the regional championships and those who make it to one of the longest-running championships in all of competitive bass fishing – the BFL All-American presented by Chevy. Top winners in the BFL can move up to the EverStart Series or even the Walmart FLW Tour.