Water clarity could be key to anglers’ success 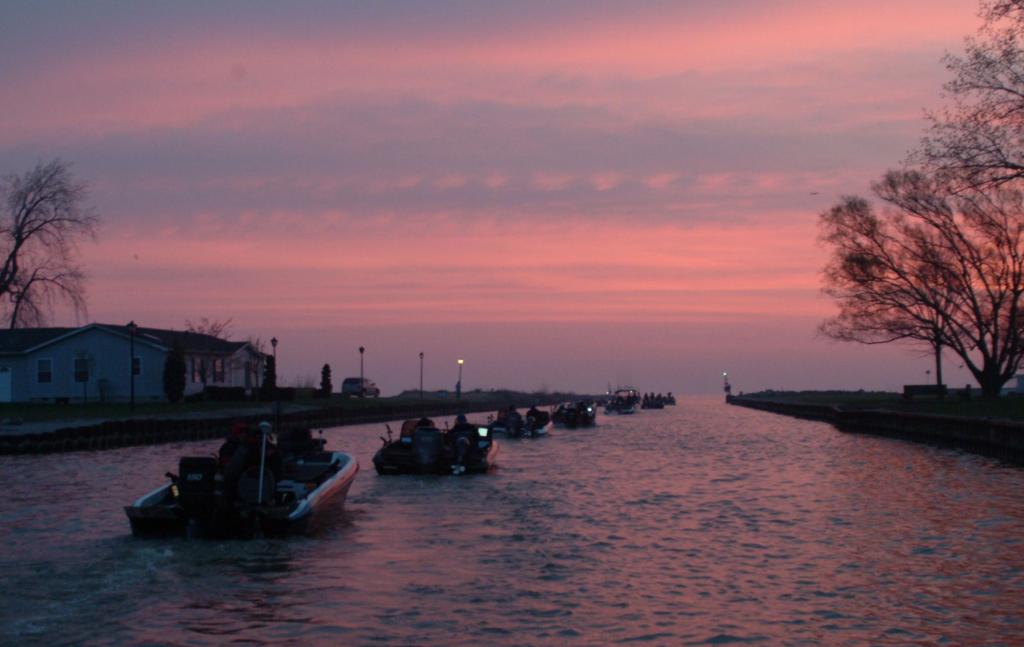 PORT CLINTON, Ohio – The National Guard FLW Walleye Tour will visit Lake Erie in Port Clinton, Ohio, May 12-14 for the first of four events this season. The tournament, hosted by the City of Port Clinton and Lake Erie Shores and Islands, will feature more than 260 top walleye anglers, casting for top awards of up to $63,000 in the Pro Division and $10,500 in the Co-angler Division.

“The biggest thing about that event right now is the lake is going to have to lay down,” said Walmart pro Dean Arnoldussen of Appleton, Wis., who is the FLW Walleye Tour’s all-time leading money winner. “With the wind and the amount of rain we’ve gotten so far, we really need the water to clear up. We’ve been looking at the satellite imagery and it’s pretty dirty right now. I’ve had a lot of buddies go out there and not do that great because of the wind and the decreased visibility right now.”

Arnoldussen believes that Erie will clear up by the time the tournament begins and said anglers should do well once they locate fish. He said the most popular techniques will be dragging spinners or crankbaits in anywhere from 20 to 50 feet of water.

“We just need a couple of good days of prefishing,” Arnoldussen said. “It’s just a matter of looking for the correct water clarity. You’ll find them wherever.”

Arnoldussen said the majority of the fish will have spawned by tournament time and will be more dispersed in Erie’s waters.

“Once you locate pods of fish it will be pretty easy to catch them,” Arnoldussen said. “I would say it will take about 30 pounds a day to make the cut. And I think to win it you’ve got to have between 33 and 35 pounds a day.”

Anglers will take off from Nor’ Easter Club located at 2801 Nor’ Easter Cove Rd. in Port Clinton at 7 each morning. Thursday’s and Friday’s weigh-ins will be held at WaterWorks Park in Port Clinton beginning at 3 p.m. Saturday’s final weigh-in will be held at the Walmart located at 2826 East Harbor Rd. in Port Clinton beginning at 4:30 p.m. Prior to the final weigh-in, there will be a free Family Fishing Clinic where children can win free rod and reels plus other great giveaways. Fans will have the opportunity to interact with professional anglers, ride a Ranger boat simulator, enjoy interactive games, activities and giveaways provided by sponsors, and learn more about the sport of fishing during the FLW Outdoors Expo. All activities are free and open to the public.