Weyer on top at Cal Delta 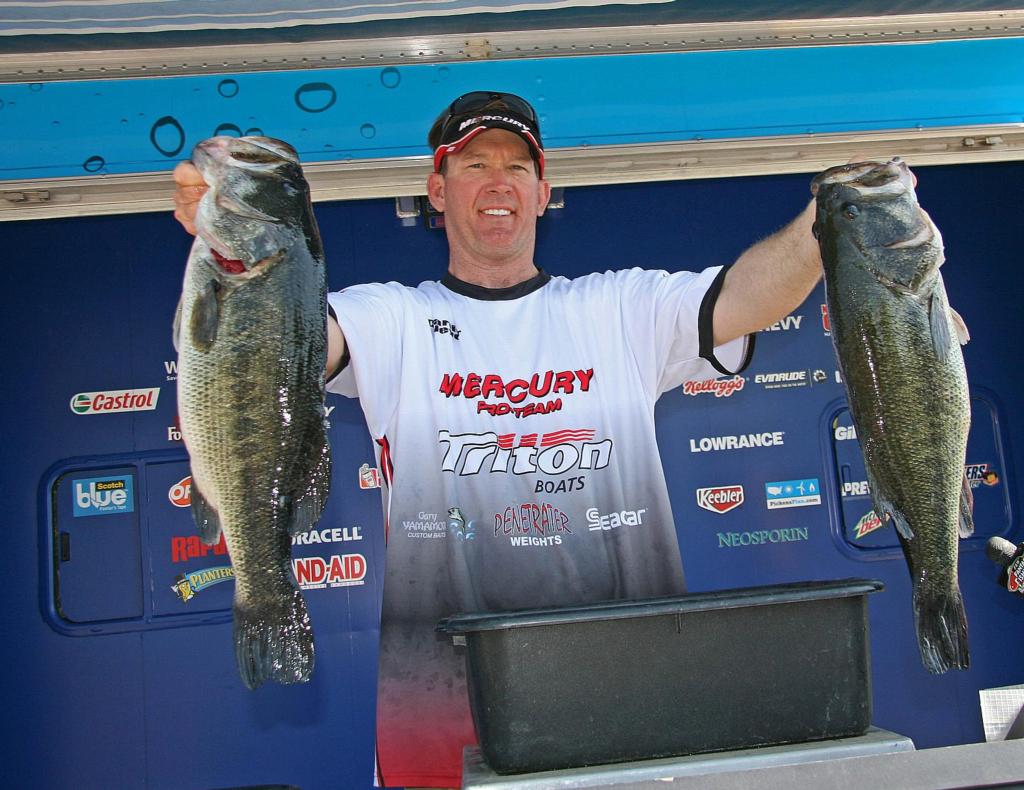 STOCKTON, Calif. (May 5, 2011) – Charlie Weyer of West Hills, Calif., weighed a five-bass limit totaling 32 pounds, 9 ounces Thursday to lead day one of the EverStart Series Western Division event on the California Delta. Weyer holds a 4-pound, 8-ounce lead going into the second day of competition. The weigh-in Friday will be at Weber Point Event Center located at 1025 West Weber Ave. in Stockton and start at 2:30 p.m. The final weigh-in on Saturday will be at Weber Point Event Center and start at 3 p.m.

Rounding out the top 25 pros are:

Weyer caught the EverStart Series Big Bass weighing 10-10 on the pro side to win $254.

Rounding out the top 25 co-anglers are:

Cook caught the EverStart Series Big Bass weighing 6-12 on the co-angler side to win $169.