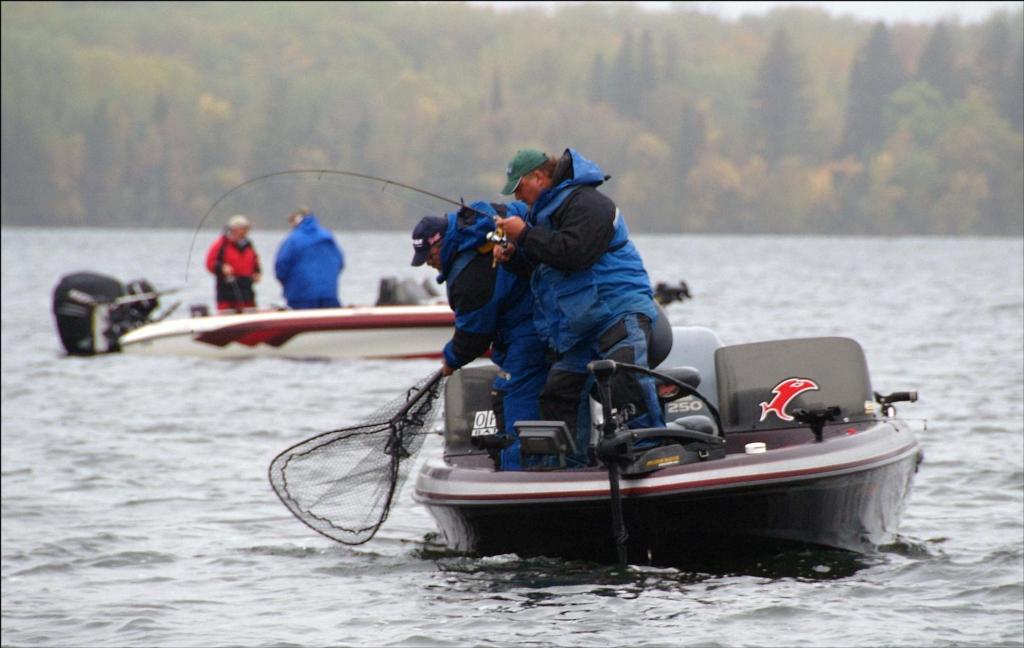 WALKER, Minn. – The National Guard FLW Walleye Tour on Leech Lake presented by Mercury is set for June 9-11 in Walker, Minn. The second walleye tournament of the season, hosted by Northern Lights Casino, will feature as many as 300 pro and co-anglers fishing for top awards of up to $63,000 in the Pro Division and $10,500 in the Co-angler Division.

“The fishing is hot on Leech Lake,” said Eggo pro Brian Brosdahl of Max, Minn. “If we get two or three stable days the fish will be biting the rod tips off. We had a pretty normal spring so the fish are at about the stages they should be. The recent wind and cold weather have impacted the behavior of the fish a little, but there are so many fish in the lake you can still catch them pretty easily.

“If anglers can bring in three good unders (under 18 inches) and any two overs (over 26 inches), they’ll have a good shot of making the top-10,” Brosdahl added. “Fourteen to 15 pounds per day is probably going to be what it takes to win this tournament. My number one bait for this tournament is going to be rigging red tail minnows and creek chubs. Right now the walleye are chasing bait fish so you really want to try and mimic that pattern. Jigging minnows, crawlers and leeches could work as well.

“The biggest challenge for this tournament is going to be making the right decision,” Brosdahl went on to say. “This lake is so big you don’t want to spend a lot of time running around trying to find the right pocket of fish and wasting a lot of fuel. On the other hand you don’t want to get hung up in a school of all slot fish thinking there are overs and unders to be caught only to come up empty handed.

“I am so excited about this season,” continued Brosdahl. “There is a great field this year; it really is an all-star cast of walleye guys. I am especially looking forward to fishing against some of the guys I have never fished against. This is going to be a fun season and with a tournament on my home lake, what could be more exciting?”

Anglers will take off from Walker City Park located at Highway 371 in Walker at 7 each morning. Weigh-ins will also be held at the Walker City Park on Thursday and Friday beginning at 3 p.m. Saturday’s final weigh-in will be held at Northern Lights Casino located at 6800 Y Frontage Road in Walker beginning at 4 p.m. Prior to the final weigh-in, there will be a free Family Fishing Clinic where children can win free rod and reels, plus other great giveaways. Fans will have the opportunity to interact with professional anglers, ride a Ranger boat simulator, enjoy interactive games, activities, and learn more about the sport of fishing during the FLW Outdoors Expo. All activities are free and open to the public.

Walleye Tour pro anglers will be on hand to sign autographs, take pictures and talk fishing to fans of all ages prior to the event when Dondelinger Chevrolet, located at 2310 Paul Bunyan Dr. NW in Bemidji, Minn., hosts Chevy Pro Night Tuesday, June 7, from 6-8 p.m. There will be free food and beverages as well as drawings for prizes. Scheduled to appear are Walmart pro Dean Arnoldussen, Chevy pro Jason Przekurat and National Guard pros Mark Courts and Bill Shimota.