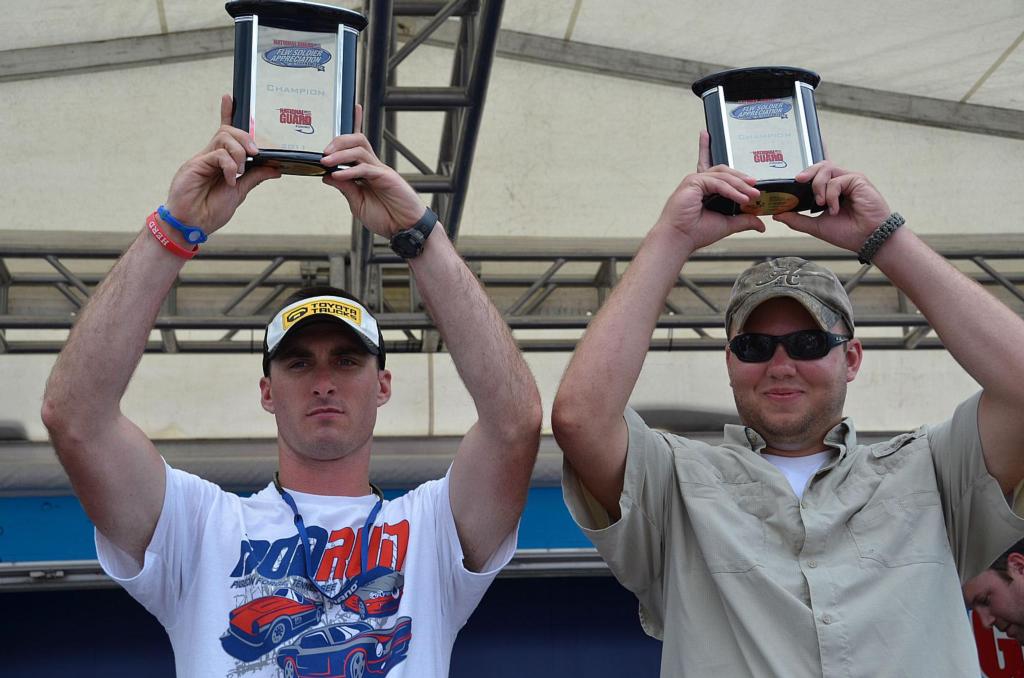 FLORENCE, Ala. – Spc. Jewell and Spc. Scott won the National Guard FLW Soldier Appreciation Tournament held on Pickwick Lake Saturday. The team, fishing with pro Kevin Hawk, caught three bass for a total of 10 pounds, 13 ounces to take the title and bragging rights amongst their peers.

“It was really hot,” Jewell said. “We started out this morning on a spot I had won a tournament on last weekend and couldn’t get anything going. I caught one of the biggest catfish I’ve ever seen in my life there.

“We moved to a spot that Kevin had been catching fish and we pulled up and caught a fish on a jig and then caught our kicker fish,” Jewell added.

Jewell said the team caught fish steadily all day long and employed the use of a Morning Dawn-colored Roboworm.

“Kevin just told me what to throw, how to throw and where to throw,” said Scott. “That’s all I tried to do. I just tried to have fun out there.” 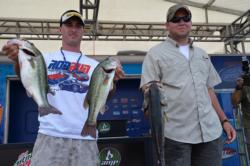 “This means a lot because these guys protect our freedom and give us the opportunity to fish for a living,” said Hawk. “We wouldn’t be here without them, so it’s an honor to take them fishing.”

A total of 22 service men, 11 teams, participated in the tournament. Rounding out the teams was:

The Soldier Appreciation Tournament was held in conjunction with the Walmart FLW Tour on Pickwick Lake presented by AMP Energy and hosted by Florence/Lauderdale Tourism.

For complete details and updated information visit FLWOutdoors.com. For regular updates, photos, tournament news and more, follow National Guard FLW Fishing on Facebook at Facebook.com/NationalGuardFLWFishing and on Twitter at Twitter.com/FLWOutdoors.