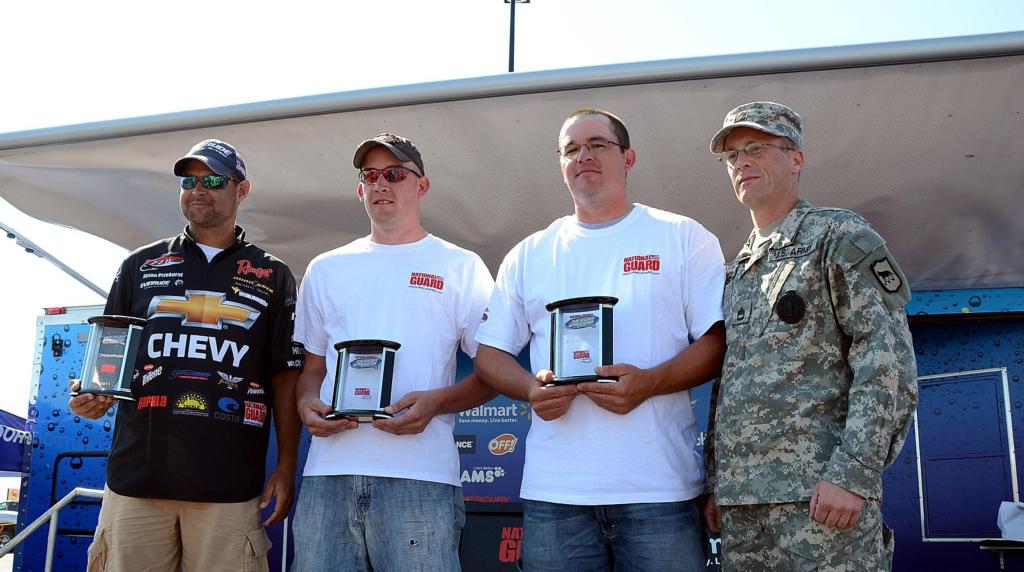 This was such a great experience,” said Sgt. Jason Wellnitz. “This is the first time I have done anything like this and it was incredible. I fish quite a bit, but this was my first time on Oahe and we learned so much from Jason.”

“It was a little rough out there today,” said Spc. Matt Wellnitz But Jason was a real pro and walked us through everything, put us on fish and we had a ton of fun. I am not a fisherman but have fished a little before now. This was my first time on Oahe as well. What a great day.” 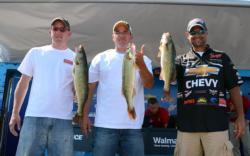 “This was one of those days that you wish you had during the tournament,” said Chevy pro Jason Przekurat. “We caught all our fish in the right order and there were no decisions that had to be made. We caught a ton of fish and had a lot of fun. These two are awesome and I truly appreciate what they and all the men and women of the National Guard do for our country.”

A total of 19 service men and women, 10 teams, participated in the tournament. Rounding out the teams were: 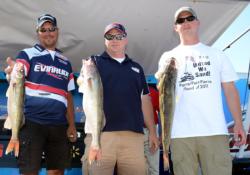 The Soldier Appreciation Tournament was held in conjunction with the National Guard FLW Walleye Tour on Lake Oahe hosted by Pierre Area Chamber of Commerce.

FLW Outdoors is the largest fishing tournament organization in the world offering anglers worldwide the opportunity to compete for millions over the course of 191 tournaments in 2011. FLW Outdoors has taken fishing mainstream with the world’s richest fantasy sports game, FLW Fantasy Fishing presented by Straight Talk, where competitors can play for free as well as sign up for Player’s Advantage to gain an edge. For more information about FLW Outdoors and FLW Fantasy Fishing, browse FLWOutdoors.com or visit FantasyFishing.com.