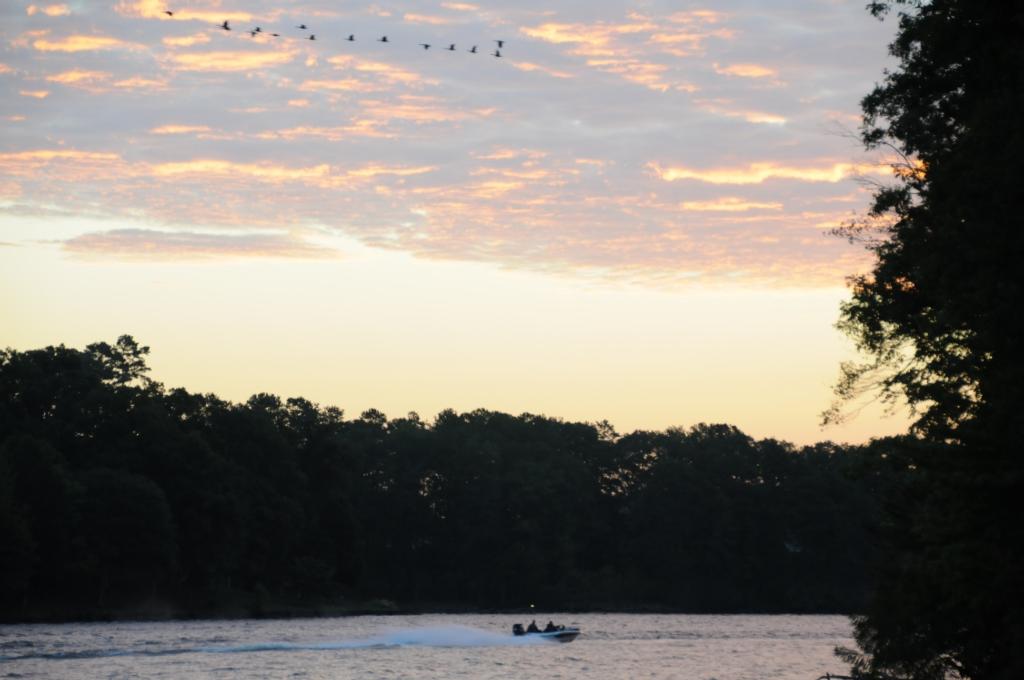 A boat heads out into the day-one dawn at Lake Chickamauga. Photo by Rob Newell.
October 13, 2011 • MLF • Archives

CHATTANOOGA, Tenn. – The Walmart Bass Fishing League is headed to Lake Chickamauga Oct. 20-22 for one of six regional championships. This three-day tournament features the top 40 boaters and 40 co-anglers from each of the Bama, Music City, Piedmont and Savannah River divisions. They will compete for a Ranger 198VX with a 200-horsepower outboard and a Chevy 1500 Silverado in the Boater Division and a new Ranger 198VX with a 200- horsepower outboard in the Co-angler Division.

“Fall is typically tough anywhere you go, but Chickamauga has been better than average,” said Walmart FLW Tour pro Andy Morgan of Dayton, Tenn. “It’s full of good fish, and as it continues to get cooler, the fish are going to become even more catchable.

“Topwater and schooling fish will be pretty strong,” Morgan added. “Also, the lower part of the lake has been a hot area; there are a lot of bass in the grass on the bottom end. You will still find fish in the upper part of the lake, but you don’t get the size like you used to. Fifteen-pound stringers are nice in October, and I wouldn’t rule out a 20-pound bag, but I think a three-day total of 45 pounds will win the tournament.”

Takeoffs will be at Chester Frost Park located at 2318 Gold Point Circle N. in Hixson, Tenn., at 7:30 each morning. Thursday and Friday’s weigh-ins will be at the marina beginning at 3:30 p.m. Saturday’s final weigh-in is scheduled for 4 p.m. at Walmart located at 5764 Highway 163 in Hixson. Takeoffs and weigh-ins are free and open to the public.

The BFL is a 24-division circuit devoted to weekend anglers, with 120 tournaments throughout the season, five in each division. The top 40 boaters and 40 co-anglers from each division have now qualified for regional tournaments and are competing to finish in the top six, which will then qualify them for one of the longest-running championships in all of competitive bass fishing – the Walmart BFL All-American presented by Chevy. Top winners in the BFL can move up to the EverStart Series or even the Walmart FLW Tour.

The BFL Regional Championship tournament is being hosted by the Greater Chattanooga Sports Committee.