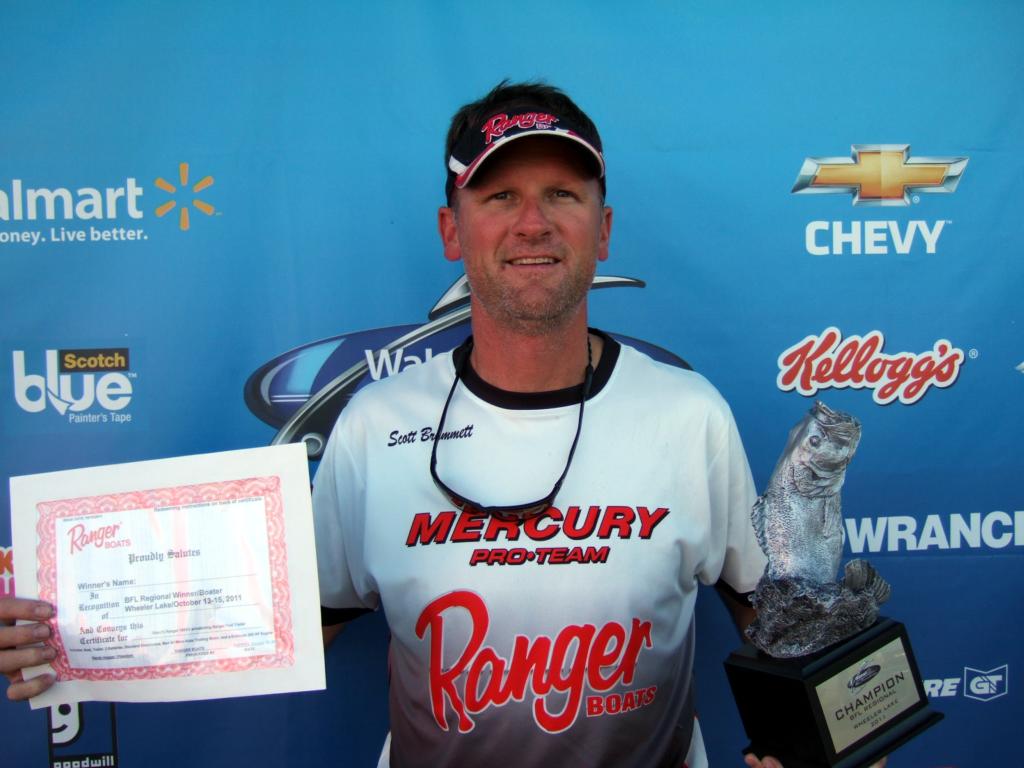 DECATUR, Ala. – Scott Brummett of Brentwood, Tenn., won the Walmart Bass Fishing League (BFL) Regional on Wheeler Lake with a three-day total of 15 bass weighing 53 pounds, 6 ounces. For his victory, Brummett won a 198VX Ranger boat with a 200-horsepower Evinrude or Mercury outboard motor plus a Chevy 1500 Silverado and entry into the BFL All-American Championship tournament. This regional tournament featured the top 40 boaters and 40 co-anglers from the Arkie, Bulldog, Mississippi and Mountain divisions of the BFL circuit.

“I had a lot of things go my way this week,” said Brummett. “I was running over 100 miles per day and didn’t have any equipment failure, so I was very happy about that. You always have to have the ball bounce in your court to win an event like this.

“I figured out how to catch those suspended bass in deep water,” Brummett added. “They were suspended around 10 to 15 feet on pumps and rock piles, and I was using an Alabama rig. I caught every fish I weighed using that pattern; it definitely won me the tournament.”

The remaining top six boaters and also qualifying for the BFL All-American were: 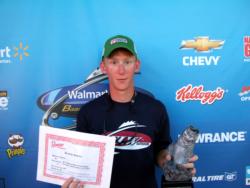 Tyler Gregory of Pine Knot, Ky., won the Co-angler Division with a three-day total of 12 bass weighing 25 pounds, 0 ounces. He took home a 198VX Ranger boat including an Evinrude or Mercury outboard motor along with a berth in the BFL All-American Championship tournament.

The remaining top six co-anglers and also qualifying for the BFL All-American were:

The BFL is a 24-division circuit devoted to weekend anglers, with 120 tournaments throughout the season, five in each division. The top 40 boaters and co-anglers from each division qualify for one of six regional tournaments and are competing to finish in the top six, which then qualifes them for one of the longest-running championships in all of competitive bass fishing – the Walmart BFL All-American presented by Chevy. Top winners in the BFL can move up to the EverStart Series or even the Walmart FLW Tour.