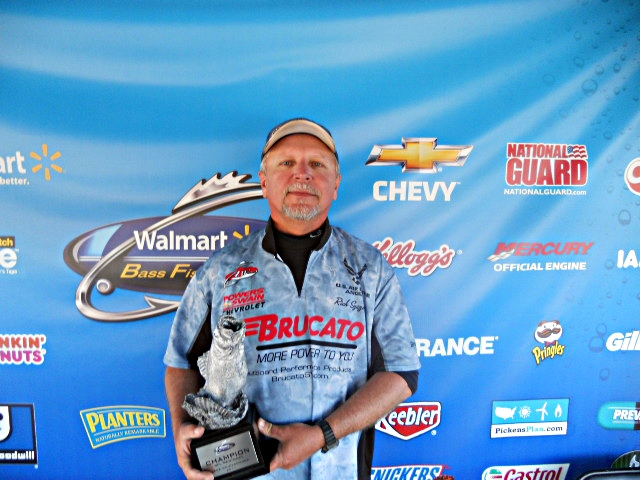 Boater Richard Szczerbala of Apex, N.C., earned a Ranger boat with a 200-horsepower outboard along with a Chevy 1500 Silverado as the winner of the BFL Regional Championship on Lake Chickamauga. Angler: Richard Szczerbala.
October 22, 2011 • MLF • Archives

CHATTANOOGA, Tenn. – Richard Szczerbala of Apex, N.C., won the Walmart Bass Fishing League (BFL) Regional on Lake Chickamauga Saturday with a three-day total of 15 bass weighing 43 pounds, 15 ounces. For his victory, Szczerbala won a 198VX Ranger boat with a 200-horsepower Evinrude or Mercury outboard motor plus a Chevy 1500 Silverado and a berth in the BFL All-American Championship tournament.

This regional tournament featured the top 40 boaters and 40 co-anglers from the Bama, Music City, Piedmont and Savannah River divisions of the BFL circuit.

“Sometimes you just get lucky,” said Szczerbala. “I fished consistently all week, which is something the other anglers weren’t able to do, and that is what made the difference.

“On the first two mornings, there was a good topwater bite going on,” continued Szczerbala “I was using the Zara Spook. In the afternoon I would switch to flipping grass mats and caught a lot of key fish with the black-and-blue NetBait Paca Craw in about 5 to 8 feet of water.

“This was my first time on Lake Chickamauga,” Szczerbala went on to say. “I grew up fishing mats in Florida, and it’s my favorite way to fish. I am used to small baits with big weights, and it really played to my advantage for this tournament. On the first day of practice, I found a grassy bank that was near an old river channel that ran about 30 feet deep. I stuck with that area all week long, and it really paid off for me.”

The remaining top six boaters and also qualifying for the BFL All-American: 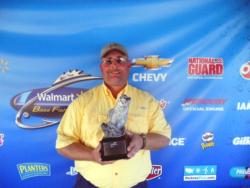 Scott Curvin of Jacksonville, Ala., won the Co-angler Division with a three-day total of eight bass weighing 28 pounds. He took home a 198VX Ranger boat including a 200-horsepower Evinrude or Mercury outboard motor along with a berth in the BFL All-American Championship tournament.

The remaining top six co-anglers and also qualifying for the BFL All-American: