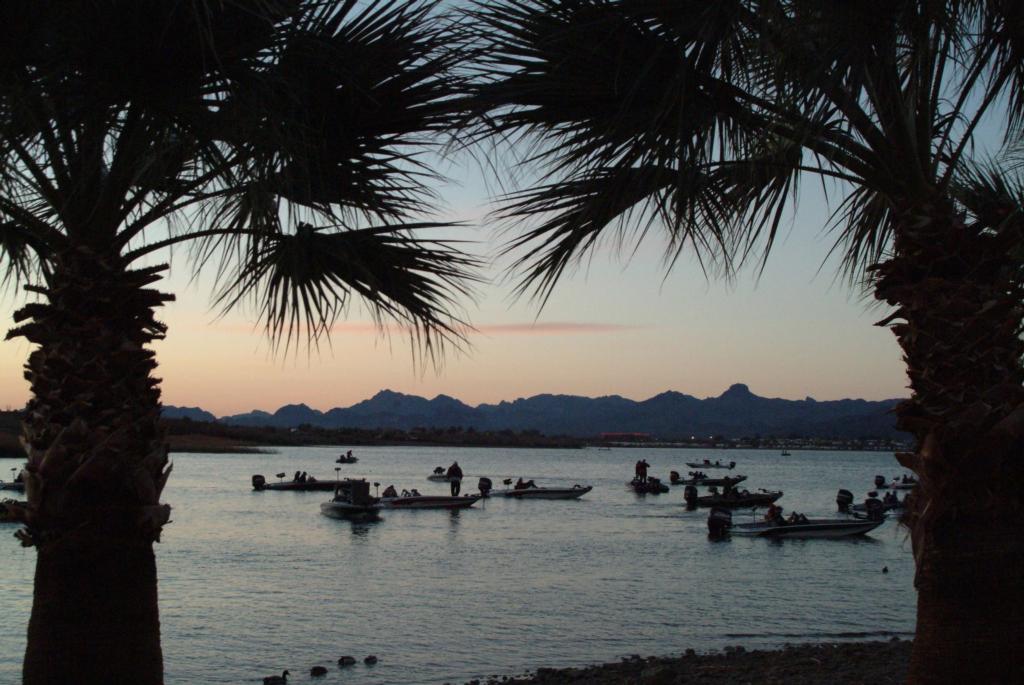 LAKE HAVASU CITY, Ariz. – National Guard FLW College Fishing is headed to Lake Havasu Feb. 25 for the second of four stops in the Western Conference. Forty college teams will be competing for a top award of $5,000 and a berth in the Western Regional Championship tournament.

“We’ve had an unseasonably warm winter down here, and the fishing on Lake Havasu is really good right now,” said National Guard pro Brett Hite of Phoenix. “I think the guy that wins this tournament will have a mixed bag of both smallmouth and largemouth bass.

“Havasu has always been real versatile,” Hite went on to say. “You can power fish or finesse fish. If you like power fishing, you can go up the Colorado River and get into the back waters and go flipping. If you like to finesse fish you can get out on the main lake and have results there as well.

“My advice to the college kids would be to use a lot of of finesse tactics,” Hite continued. “I would use a real light line, from 4- to 8- pound-test. This fish aren’t going to be quite spawning yet. They are going to be in a staging, pre-spawn mode and you’re going to have to fish relatively shallow and fish down to 30 feet or so. If it’s breezy you can throw crankbaits or spinnerbaits, or basically any type of reaction bait. Because the water is so clear on Havasu you really need that breeze in order for the bass to hit that reaction bait really good. If it’s sunny and calm, you’re going to have to use slow-moving baits such as worms, or a small jig. Sight-fishing will also play a role in this tournament as well.”

Anglers will take off from Lake Havasu State Park located at 699 London Bridge Road in Lake Havasu City, Ariz., at 7 a.m. Saturday. Weigh-in will be held at the take off site beginning at 1:30 p.m. Takeoff and weigh-in are free and open to the public.