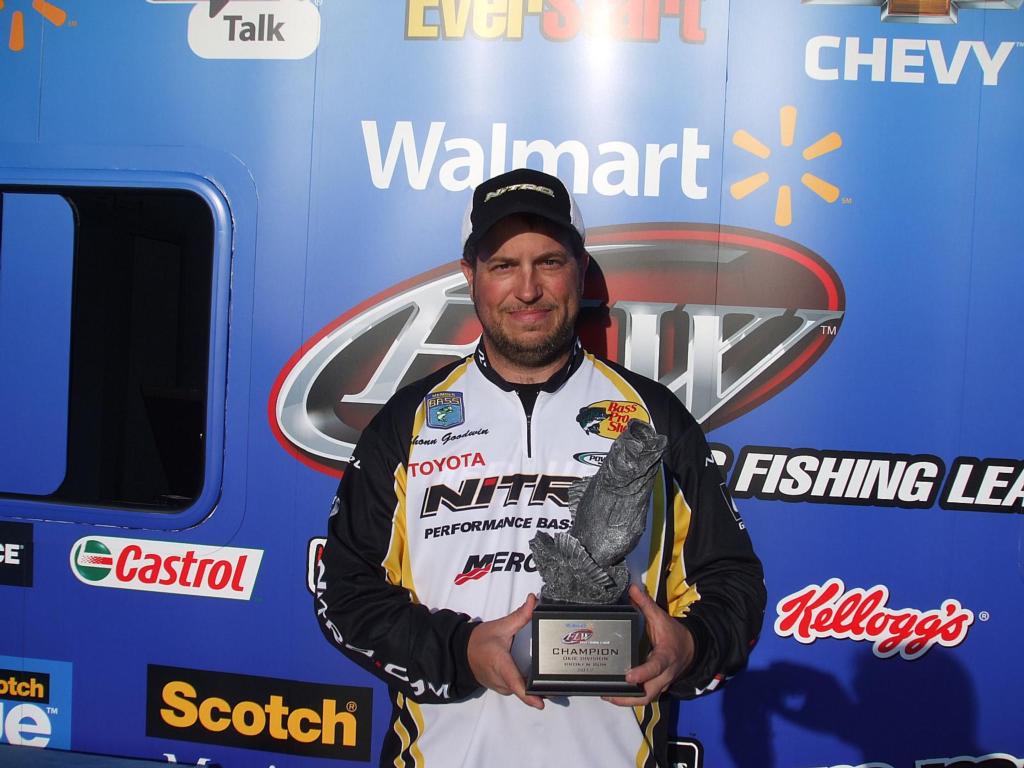 “They bit pretty much all day,” said Goodwin. “I had good luck in practice, and I was able to keep a really good bite going throughout the day. I fished my first bass tournament on Broken Bow 20 years ago. I was returning to the marina in that tournament with two minutes to go, and I had four bass. Right near the marina, there is a little point that I decided to make one last cast to, and it worked. I caught my fifth fish and filled my limit that day. So now, 20 years later, once my number was called I idled over about 50 yards to that same point and by the time the next boat was called I was already fighting a four pounder. I was able to catch four out of there, so it was a great start to my day.

“I was throwing crawfish-colored crankbaits and spinnerbaits on points and creeks on the lower end of the lake,” Goodwin went on to say. “We were fishing real shallow, from 2 feet down to about 6 or 7 feet. It was beautiful weather – sunny and warm and a good north wind that really helped the bite on the points. I didn’t catch quite as many during the tournament as I did in practice, but it was still very good. I haven’t missed an Okie division BFL in several years, and I’m already looking forward to the next one.”