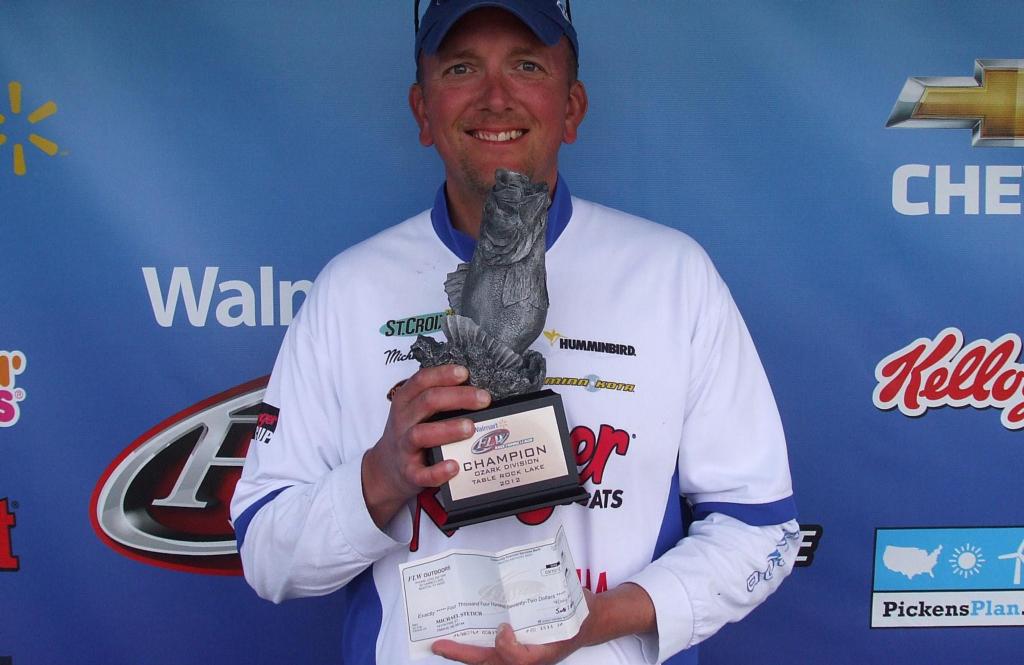 “I fished from Kimberling City to the lower end of the lake,” said Stetich. “I had 18 keepers, 14 of which came shallow off of transition banks in the morning. I was mostly throwing the Alabama rig and had a 17 to 18 pound limit.

“Then I made an adjustment,” Stetich continued. “About 1 p.m. I started fishing deep, about 35-40 feet. I was able to get three bass over 6 pounds each using Dirty Jigs Tackle Football jig in peanut butter and jelly color. The difference for me was my Hummingbird imaging device. To win any tournament you still have to locate and pattern the fish and my Hummingbird was a major factor in my victory on Saturday.

Stetich believed that Saturday’s bright bluebird skies and light wind prevented the big bass from going shallow. He indicated that the bigger bass seemed to have pulled out and suspended themselves later in the day.