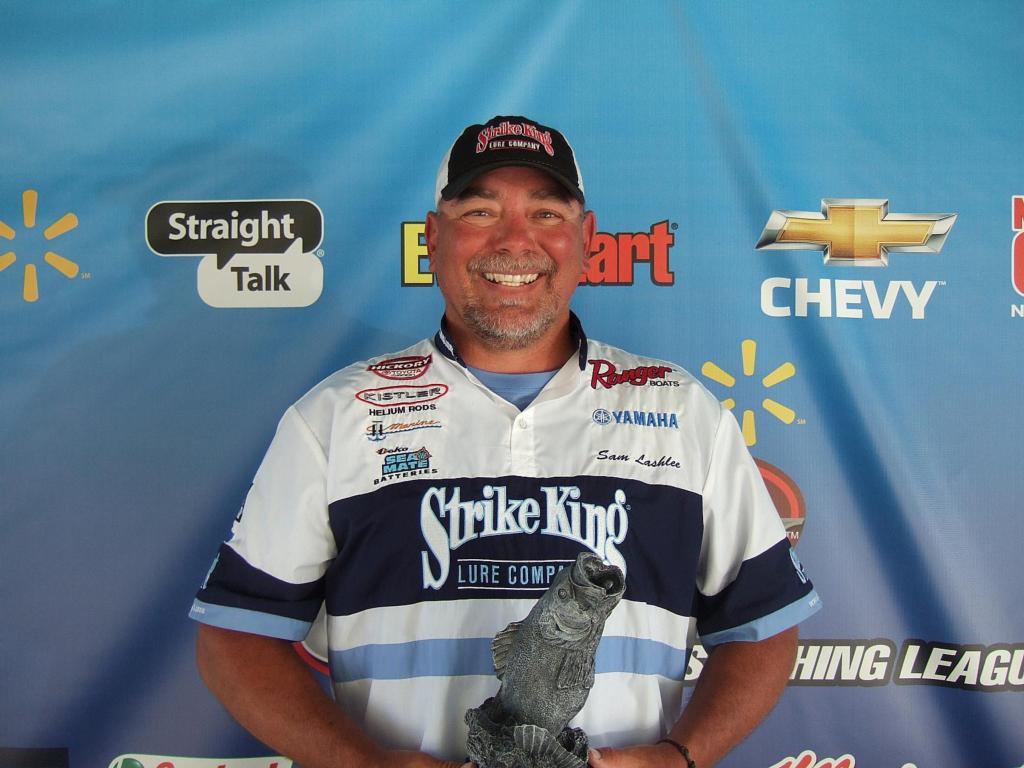 “When we got back to weigh-in I told my co-angler that there was no way I was going to win this tournament,” said Lashlee. “I figured it was going to take a 28- or 29-pound bag to win, so when I came in with my 22 pounds, I was pretty worried. I lost three real big fish, and usually in a tournament when you lose your three biggest fish that you have on, you’re not going to win. But today, the good Lord shined on me and I was able to pull it out.

“I had found a lot of fish on the beds during practice earlier this week, so I started out fishing shallow,” Lashlee continued. “After about a half hour of finding a lot of empty beds, I realized I needed to move out. I started targeting the staging areas right outside of the spawning areas, and I started catching a lot of fish. It was a great day up until 12:30 when I had battery problems. My trolling motor was dead, and I basically didn’t fish at all after 12:30.

“I caught all of my fish on Strike King lures,” Lashlee went on to say. “I was throwing a Series 5 crankbait, Chartreuse Sexy Shad colored. I also caught a few throwing a 41/2-inch Strike King Shad-A-Licious swimbait, and I caught one on a Strike King Rodent. I was fishing in 4 to 8 feet of water, and found them on the gravel, near real deep, subtle drops.” 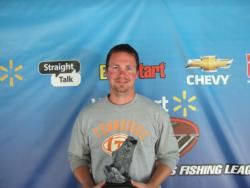