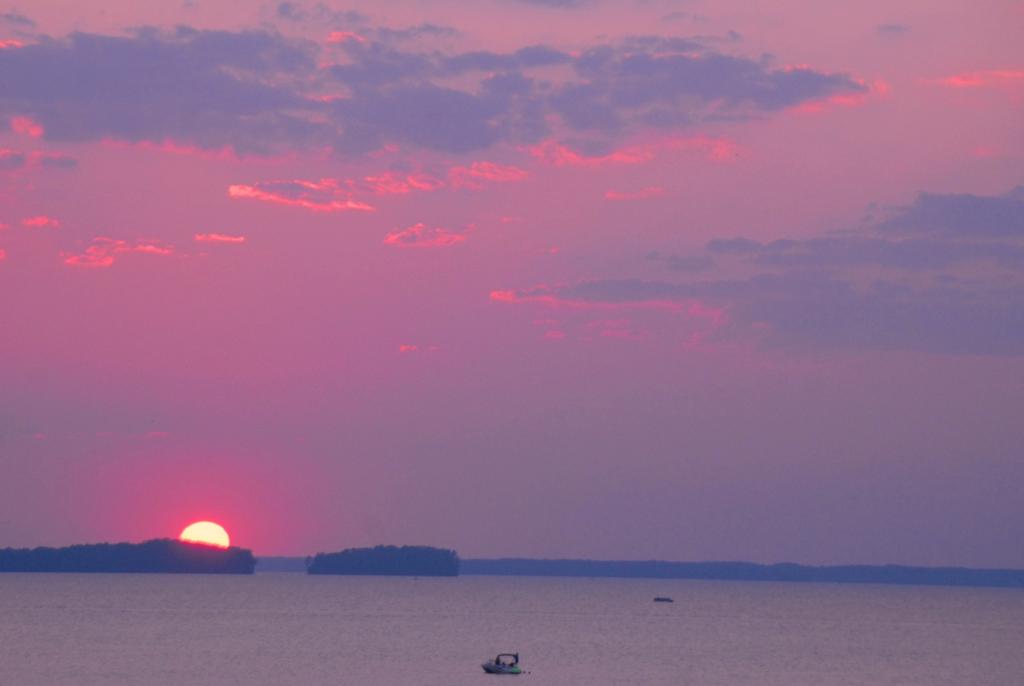 COLUMBIA, S.C. – Columbia/Lake Murray, S.C., is gearing up to host the 2012 National Guard FLW College Fishing National Championship April 13-15 on Lake Murray. Twenty-five teams from across the country have competed in 20 qualifying events and five conference championship tournaments, and the top five teams from each conference now will compete for the title of national champion in this three-day nationally televised event.

“Columbia, S.C., and Lake Murray are great places to hold a national championship,” said National Guard pro Justin Lucas of Guntersville, Ala. “It’s a great college town paired with a great place to fish in such a beautiful part of the country.

“Fishing should be great,” Lucas went on to say. “I would be thinking sight fishing. It is going to play a huge part in this tournament. The fish will be spawning, so they are going to be shallow. The lake is full of blueback herring, so swimbaits will be a big factor as well. Main structures to look for are going to be long clay points and docks, and of course teams are going to want to fish the backs of pockets and coves.

“The biggest challenge for first-time competitors is just going to be the pressure of fishing in a national championship event,” Lucas continued. “Teams that are making their second and third appearances are going to be out for a little revenge. The University of Florida’s Jake Gipson and Matt Wercinski, two-time winners of the national championship, will not be here this year, so it is anybody’s championship to win. Teams to beat include Kennesaw State, Auburn, Stephen F. Austin, and don’t forget the Patterson brothers out of Kansas State. This really should be a great tournament.”

Chevy pro Anthony Gagliardi of Prosperity, S.C., said the warm winter has had an effect on the fish that should have a definite impact on the tournament.

“The warm winter caused the fish to move up a lot earlier than normal, and the fishing has been pretty good,” Gagliardi said. “It’s going to be wide open and guys will catch them using a lot of different techniques. It’s going to be a shallow-water tournament.”

Gagliardi said he expect anglers to need 17 to 20 pounds a day for a shot at the title.

Each team competing in the national championship will be sporting jerseys and fishing out of wrapped Ranger boats towed by Chevy trucks for the competition. The 25 teams competing are:

“Our regional tourism office is very excited to bring the National Guard FLW College Fishing National Championship to Lake Murray and USC, the home of the two-time national champions of college baseball. The media exposure on NBC Sports Network, families, friends and college fishing participants from across the U.S. will generate tourism revenues and showcase this region,” said Duane Parrish, Director of South Carolina Department of Parks, Recreation and Tourism.

Daily takeoffs for the national championship will be from Park Site No. 8 (North) located at 2101 N. Lake Drive in Columbia at 7 a.m. Weigh-ins will be at 5 p.m. Friday, 2:30 p.m. Saturday and *4:30 p.m. Sunday. All weigh-ins will be adjacent to the Carolina Baseball Stadium on the University of South Carolina campus located at the corner of Blossom and Williams streets in Columbia.

*Final weigh-in on Sunday will immediately follow the University of South Carolina baseball game and is subject to change.

The national championship awards the top team with $50,000 cash, a Ranger 177TR with a 90-horsepower engine for their school’s bass club and $25,000 for the school they represent. FLW has awarded more than $3 million in prizes to more than 125 colleges and universities. College Fishing events are free to enter, boats and drivers are provided by FLW and all collegiate teams receive a travel allowance.