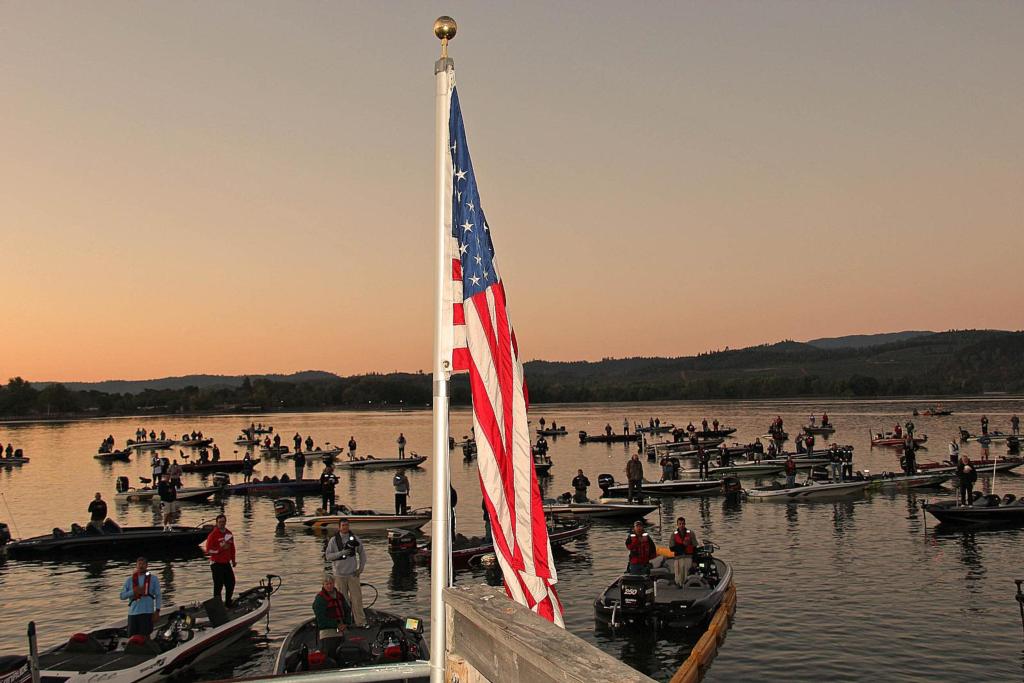 LAKEPORT, Calif. – National Guard FLW College Fishing is headed to Clear Lake April 28 for the season’s final stop in the Western Conference. Forty college teams from the across the region will be competing for a top award of $5,000.

“Fishing is on fire; The bite is unbelievable,” said FLW Tour pro Cody Meyer of Auburn, Calif. “The fish are going crazy up there right now. I wish I could fish it. You can catch the bass just about any way you want, but the Alabama rig is killer.

“The fish are pre-spawn and starting to move up,” Meyer continued. “Flipping grass, spinnerbaits and swimbaits will all work. You might have to do some sight fishing on beds to get a couple of big ones, but definitely have a backup plan. The biggest challenge is going to be finding fresh water to fish. Clear Lake fishes kind of small, and teams are going to have to have a couple of key spots to fish.

“A buddy of mine just fished a team tournament up there, and they had 28 pounds and didn’t even place. A lot of fish are going to be caught, but teams will need a couple of kicker fish to win. You’ll get 22 pounds using a weightless Senko around docks, but it won’t be nearly enough.”

Anglers will take off on Saturday from Konocti Vista Casino Resort and Marina located at 2755 Mission Rancheria Road in Lakeport, Calif., at 6:30 a.m. Weigh-in will be held at the marina beginning at 1 p.m. Takeoff and weigh-in are free and open to the public.

Schools competing in the Clear Lake tournament, which is being hosted by the Konocti Vista Casino Resort Marina, include: