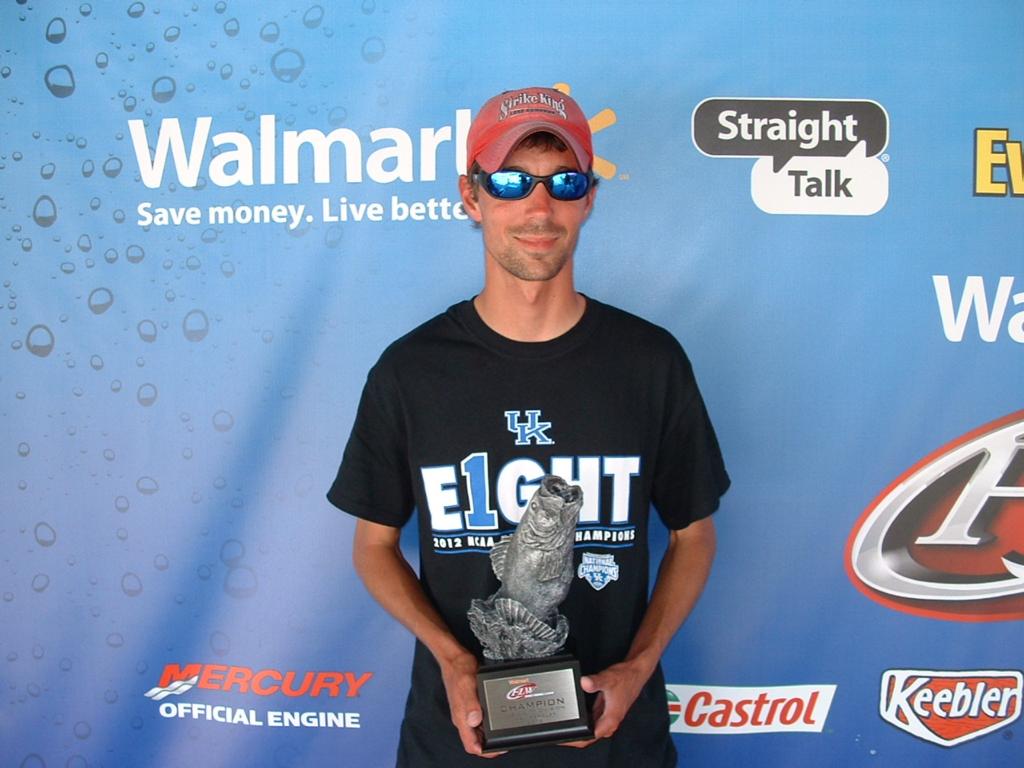 “I knew if I could get to my area early I would have a good chance of winning,” said Smith, whose sweet spot was shallow backwater. “I pulled up to my spot before 7 a.m. and caught two nice keepers within five minutes. Then it went dead; I needed the wind to pick up and blow the shad in, but it wasn’t there yet, so I made the long run and headed across the state line into Kentucky.

“I was able to fill my limit in Kentucky waters,” Smith continued. “But I didn’t think it was enough. The wind had picked up, so I headed back to the area where I started because I knew there were big fish there. I got there with only an hour left to fish. The wind had picked up enough to push the shad in, and I got two 5-pounders within five minutes. It was enough to push me over the top.”

Smith said that he was “churning mud” most of the day fishing water that was less than a foot deep. He was flipping black and blue jigs with Strike King Rage Tail Chunks as well as Punisher spinnerbaits. 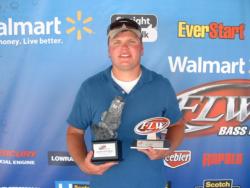