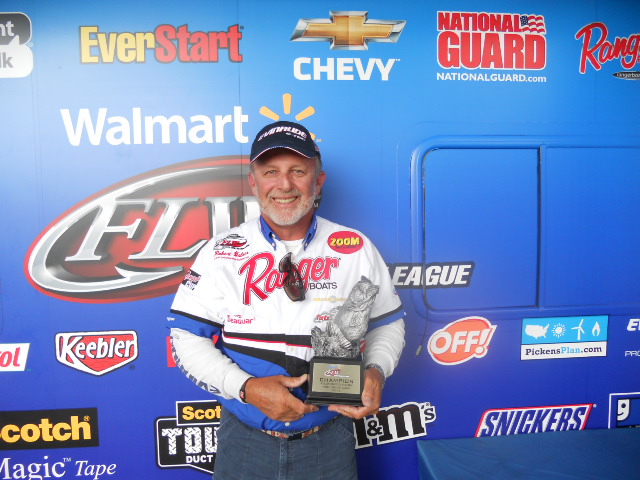 “Coming back to weigh-in I was honestly just expecting to make the top 10,” said Walser. “It (the win) turned out to be quite the surprise. Because of the fishing pressure of all of the boats it was pretty tough to find a spot to fish. The lake was extremely muddy from the recent storms, and half of the lake was too muddy to fish. I usually like fishing dirty water, but when it rains on High Rock it gets really bad. Even the spray from your motor is orange. I ended up fishing in the mid-lake area because that was where the water was the clearest.

“I was throwing a Zoom Baits Z-Hog in a prototype color that has not been released yet, just flipping docks,” Walser continued. “I had a solid 15-pound limit by 8:15 a.m. I was able to cull a few times and get to my final weight of 17 pounds. I believe that the key to my victory was using my Hydrowave through the shad spawn. The bite definitely seemed better when I had it on. I also was actually able to see a nice bass in the water that was guarding fry from my Typhoon sunglasses, and I would not have been able to see him had it not been for those glasses.” 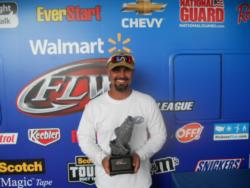