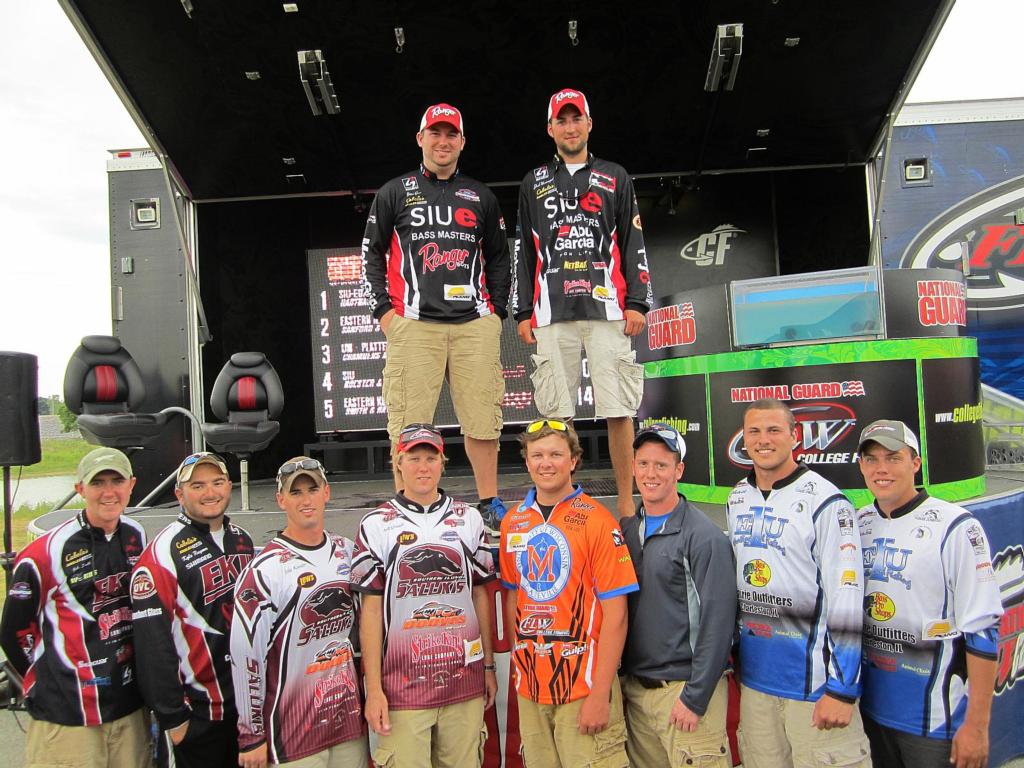 “This feels great, especially after not doing very well in our practice” said Hartnagel, a Criminal Justice Major. “Right after takeoff we ran to our first spot and found three boats already sitting on it. So, we decided to adjust and ran to another spot that we had found during our practice. We went shallow and found a nice point where there was some structure – submerged timber and rock piles. We caught four right away by 7 a.m. using Brian’s grandfather’s homemade spinnerbaits. Then it really slowed down, and it took until noon until we were able to catch number five.” 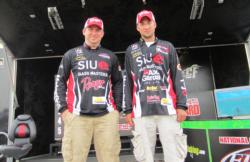 “I think the key to our victory today was just grinding it out,” said Gass, a Geographic Information Systems Major. “My grandpa has been making homemade spinnerbaits for 15 years, and they are a bit of a family secret. White was the color that produced for us today. He and I have both won tournaments on them in the past.”

“We caught our fifth one out deep, using jigs,” Hartnagel went on to say. “It was mid-lake area, in around 25 feet of water. We’re really excited to qualify for the conference championship. We live pretty close to Carlyle Lake, and we should be able to put in some quality practice hours.”

Rounding out the top five teams and also advancing to the Central Conference Championship are: 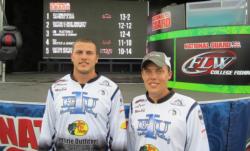 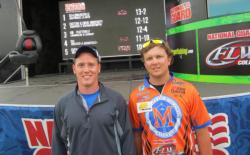 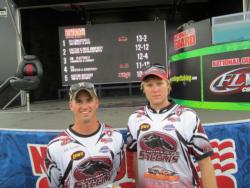 The next National Guard FLW College Central Conference tournament is scheduled for July 28 on the Mississippi River in La Crosse, Wis.