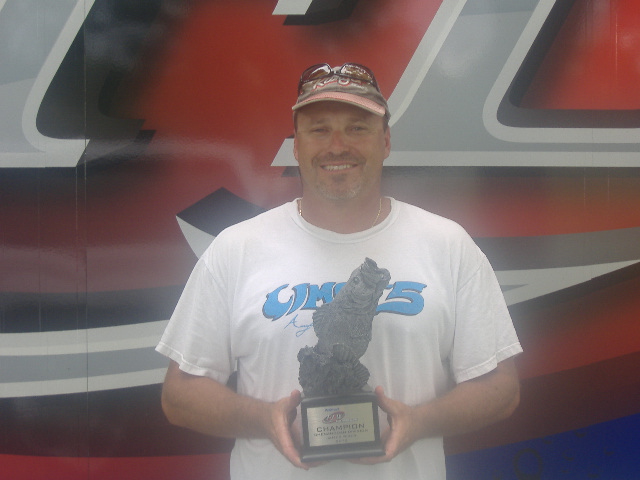 “The river has been fishing really tough lately,” said Elrod. “Like I told everyone else, I just got lucky. I ran to a spot about 30 minutes down-river near lower James Creek to a spot where you can usually get a quick limit, but instead of 14-inchers I was finding 4-pounders.”

Elrod targeted grassy marsh areas and was fishing shallow with a black buzzbait. He had around 10 keepers on the day, and found the bite was much better in the morning. All of the fish that Elrod weighed in came on the buzzbait.

“I caught most of my fish within my first 45 minutes on the spot,” Elrod continued. “It was weird, because the tide actually got better but the bite got worse. My knowledge of the river definitely helped me out there. It was a cloudy, rainy overcast day and that kind of changed everything for a lot of guys. I had about 25 spots that I knew of and hit, but really only the one mattered.” 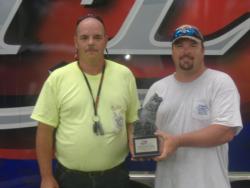 Lenny Baird of Stafford, Va., and Donald Smith of Henrico, Va. each weighed a five-bass limit totaling 11 pounds, 14 ounces Saturday to split the win in the co-angler division. The anglers each won $1,380.