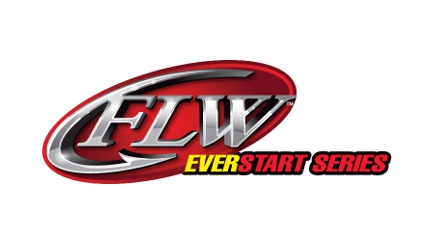 Fishing in his first FLW EverStart event Malone said that he came to the Mississippi River for practice a few weeks ago to scout the area and see what he could find. What he found was a honey hole about 40 yards in length in Pool 7 that produced all his quality fish on days one and three of the tournament. Struggling on Friday, Malone said that his sweet spot shut down due to the cold front that rolled through and he had to fall back on Pool 8 where he had at least 15 spots he knew he could catch fish to stay in the game. Praying for sun and heat to return on Saturday he knew his spot would turn on again and produce the fish he needed to win.

“Froggin’ is my deal,” said Malone. “I used about five different frogs mostly in black and white to get all my fish this week. The Spro Popping Frog and River 2 Sea Frog were my main two frogs, but I got all my fish on frogs, even yesterday when I struggled.

“I found this spot in practice about two weeks ago that I knew had the quality fish,” Malone continued. “I wasn’t catching a lot of fish there, I only got about seven fish each day but I knew they were the ones I needed to win. Most guys would have given up on the spot but I had confidence in the area and knew that it would produce the big bass. It was an area that had lily pads and duckweed with a little bit of current. The duckweed would blow into the pads keeping the water clean and position the fish where they needed to be to catch.

“I came to this tournament to win.” And win he did.

Parsons caught the biggest bass of the tournament in the Pro Division Thursday – a 5-pound, 7-ounce bass – that earned him the day’s EverStart Series Big Bass award of $252.

Rex McTier of Endeavor, Wis., won the Co-angler Division and a Ranger boat with an Evinrude or Mercury outboard motor with a three-day total of nine bass weighing 26 pound, 2 ounces.

Matthew Derr of Osage Beach, Mo., caught the biggest bass of the tournament in the Co-angler Division Thursday – a 5-pound, 7-ounce bass – that earned him the day’s EverStart Series Big Bass award of $168.

The EverStart Series consists of five divisions – Central, Northern, Southeast, Texas and Western. Each division consists of four tournaments and competitors will be vying for valuable points in each division that could earn them the Strike King Angler of the Year title along with $5,000 for the pro and $2,000 for the co-angler. The top 40 pros and co-anglers from each respective division will qualify for the EverStart Series Championship that will be held on the Ouachita River in Monroe, La., Nov. 1- 4, 2012.

Tri-County Lodging Association will be hosting the next and final EverStart Series Central Division tournament in 2012 Sept. 13-15 at Lake of the Ozarks in Osage Beach, Mo.