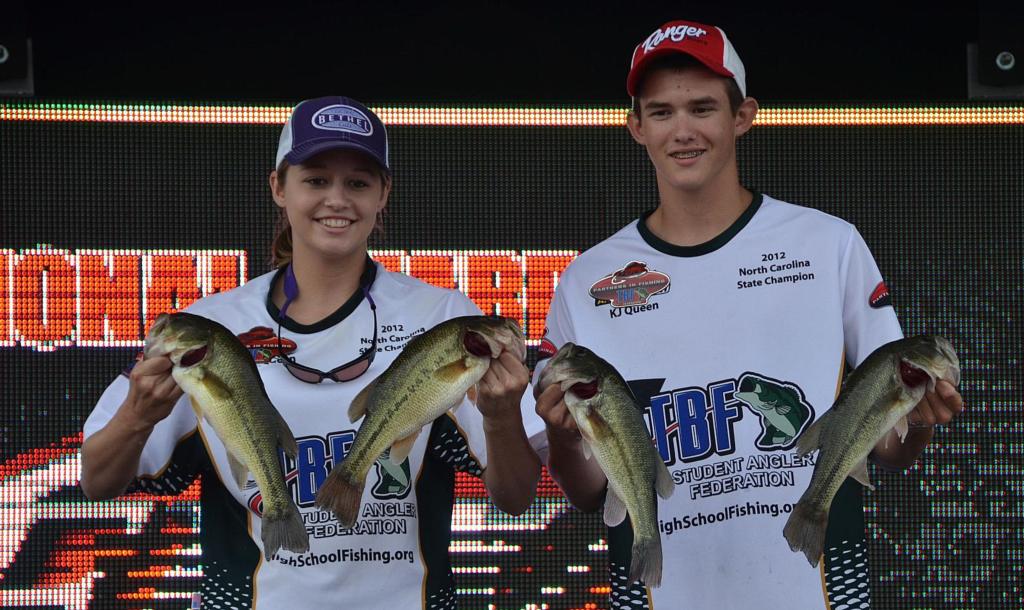 The Queens beat their closest competitor, TL Hanna High School out of South Carolina, by a mere 14 ounces. 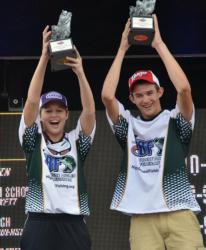 K J Queen, a junior at Bundys. “But it was more tough than anything today.”

Fishing Lake Wylie is not new for the brother-and-sister team from North Carolina. They both had won tournaments on Wylie in the past, each fishing with their dad.

“I couldn’t ask for a better partner than my brother,” said Chelsey Queen a graduated senior of Bandys. “It can be painful and stressful (referring to her brother’s earlier comment) but we motivate each other and work well together as a team.”

After winning several tournaments during high school, the older Chelsey Queen was recruited by Bethel University in Tennessee and is now attending college on a bass fishing scholarship. 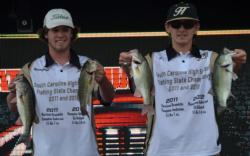