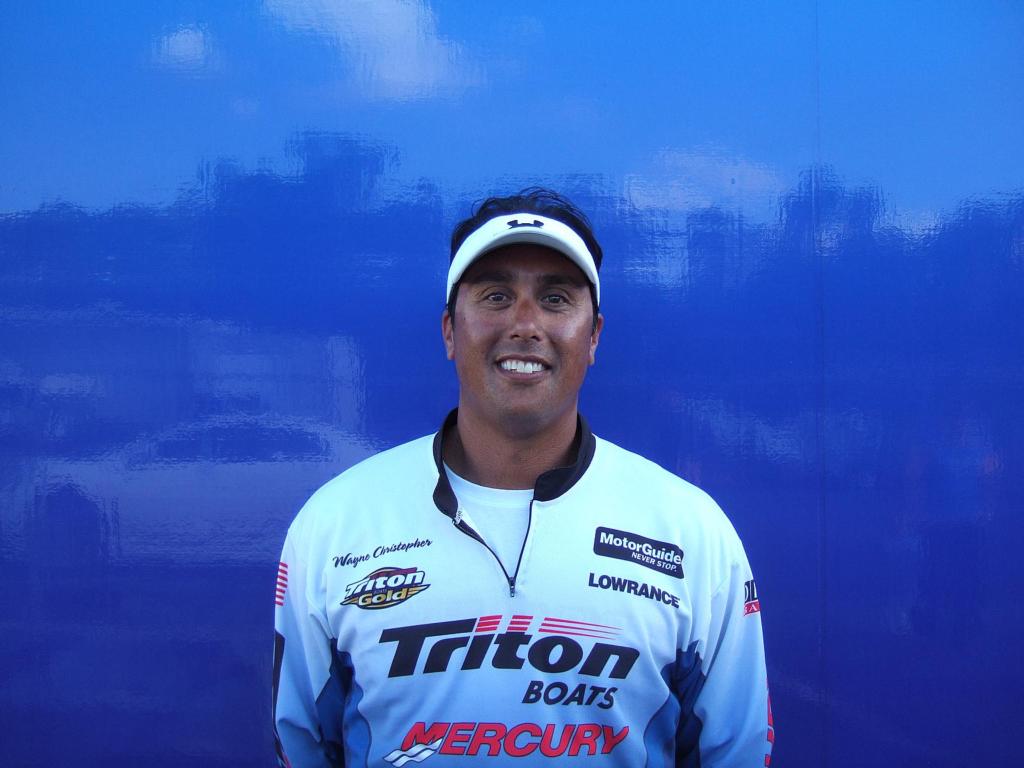 Wayne Christopher of Hunstville, Ala., won the Oct. 4-6 BFL Regional event on Lake Seminole with a three-day total weight of 43 pounds, 6 ounces. For his victory, Christopher was awarded a Ranger boat and motor package and a Chevy 1500 Silverado.
October 6, 2012 • MLF • Archives

BAINBRIDGE, Ga. – Wayne Christopher of Huntsville, Ala., won the Walmart Bass Fishing League (BFL) Regional on Lake Seminole with a three-day total of 12 bass weighing 43 pounds, 6 ounces. For his victory, Christopher won a Ranger Z518 with a 200-horsepower Evinrude or Mercury outboard plus a Chevy 1500 Silverado and entry into the BFL All-American presented by Chevy. This regional tournament featured the top 40 boaters and 40 co-anglers from each of the Bama, Choo Choo, Gator and Savannah River divisions.

“I’m still in shock and not sure if it really happened,” said Christopher. “Coming to the scales on day three, I thought I had lost. I thought I lost the fish that was going to win the tournament for me. I was shocked when I was announced the winner. To finally get a win is so great.”

Christopher caught all of his fish in two main areas. He would start each day targeting the grassy areas in the mid-lake area near the Flint River. Then, in the afternoon, Christopher would make a long run up the Chattahoochee and target lily pads. All of the fish that Christopher weighed in were caught on one bait.

“I had the same pattern all week – I was frog fishing,” Christopher said. “All of my fish that I weighed in came on a brown Sumo Frog. I stumbled on to the pattern in practice after I made a mistake and went to the wrong boat ramp. I decided to just launch and look around, and I was able to find the fish fairly quickly. The bite was pretty tough and I only averaged around six fish each day. They were the right fish, though.

“The key for me was just my persistence and the confidence in the pattern that I had found,” Christopher went on to say. “I have to credit some people that allowed me to get the win. Thank you to my wife Cindy, who allows me to follow my dream. I need to thank my boss, Zach Jacobsen for having faith in me and allowing me to take the time off to go fishing. And the last person I need to mention is Jett Loach, another competitor who is a good friend. We bounce ideas off each other, and he gave me the confidence to know I was on the right pattern.

“I can’t wait to fish the BFL All-American,” Christopher continued. “It’s only an hour and a half drive from my home, and I’m excited for my opportunity.” 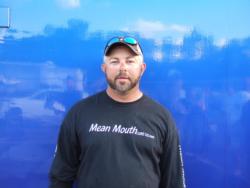 Jason Norris of Ohatchee, Ala., won the Co-angler Division with a three-day total of seven bass totaling 19 pounds, 10 ounces. For his efforts, Norris took home a Ranger Z518 with a 200-horsepower Evinrude or Mercury outboard along with a berth in the BFL All-American Championship tournament.