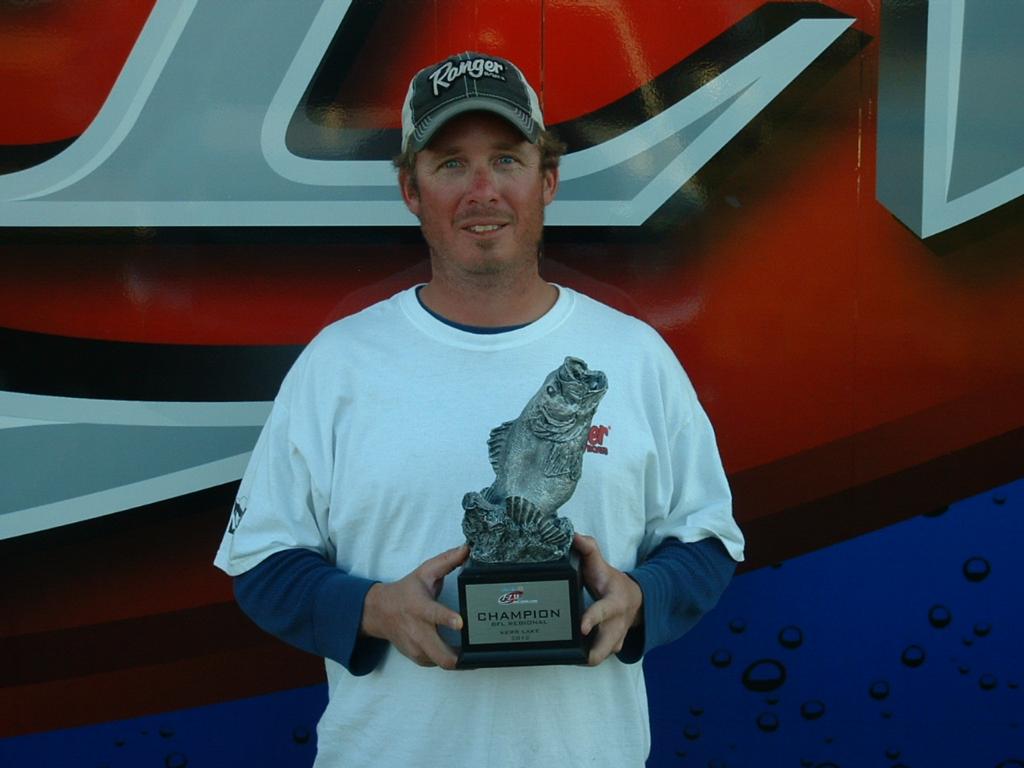 HENDERSON, N.C. – Chris Marshall of Forest City, N.C., won the Walmart Bass Fishing League (BFL) Regional on Kerr Lake with a three-day total of 14 bass weighing 37 pounds, 8 ounces. For his victory, Marshall won a Ranger Z518 with a 200-horsepower Evinrude or Mercury outboard plus a Chevy 1500 Silverado and entry into the BFL All-American presented by Chevy. This regional tournament featured the top 40 boaters and 40 co-anglers from each of the Mountain, Northeast, Shenandoah and South Carolina divisions.

“I’m just so extremely excited,” said Marshall. “It has been one of my life-long goals to take that next step and move up the ladder in my fishing career. I can’t wait for the All-American. I’m going to put every ounce of effort that I can into that tournament. I want to fish in the Forrest Wood Cup.”

Marshall qualified for the BFL All-American by fishing shallow in the northern end of Kerr Lake. Each day he would run 35 minutes from the takeoff site and fish one main area and target a two-mile stretch of water near the Rolling Oak and Dan Rivers. Marshall targeted boat docks and log-jams he had located during his practice period.

“I had three days of practice coming into this event, and the fishing was just awesome,” Marshall said. “Then the day before the tournament we had a major cold front and high pressure system come through. The fishing went from really good to really tough.

“I was getting 15 bites a day in practice,” Marshall continued. “But once the tournament started, I was only averaging about eight bites a day. The bite was definitely better in the afternoon. Every day, I would only have two fish at noon and I would start to get nervous. Then the bite picked up, and from noon to 2 p.m. I would usually fill out my limit.”

Marshall threw a homemade 1/2-ounce brown and orange-colored jig, trailered with an Alabama craw-colored Netbait Kickin B Chunk for the first two days of competition, but switched to a chatterbait on the final day because of the tough conditions.

“Saturday was by far the toughest day on the water,” Marshall said. “I had to switch to the chatterbait to look for that reaction bite. They wanted nothing to do with my jig. I only had four fish on Saturday, and I lost a 21/2-pounder late in the afternoon. I was so scared coming to the scales; I thought that I had lost the fish that was going to win me the tournament.

“I couldn’t have been happier when I was announced the winner,” Marshall went on to say. “I knew that the winning fish were in my area. I just had to adjust and slow way down from what I was fishing in practice. I would cast 8 to 10 times to the same spot before I could get them to bite. The key for me was really just patience.” 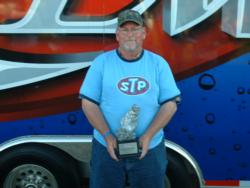 John Cook of Matthews, N.C., won the Co-angler Division with a three-day total of 13 bass totaling 27 pounds, 1 ounce. For his efforts, Cook took home a Ranger Z518 with a 200-horsepower Evinrude or Mercury outboard along with a berth in the BFL All-American.