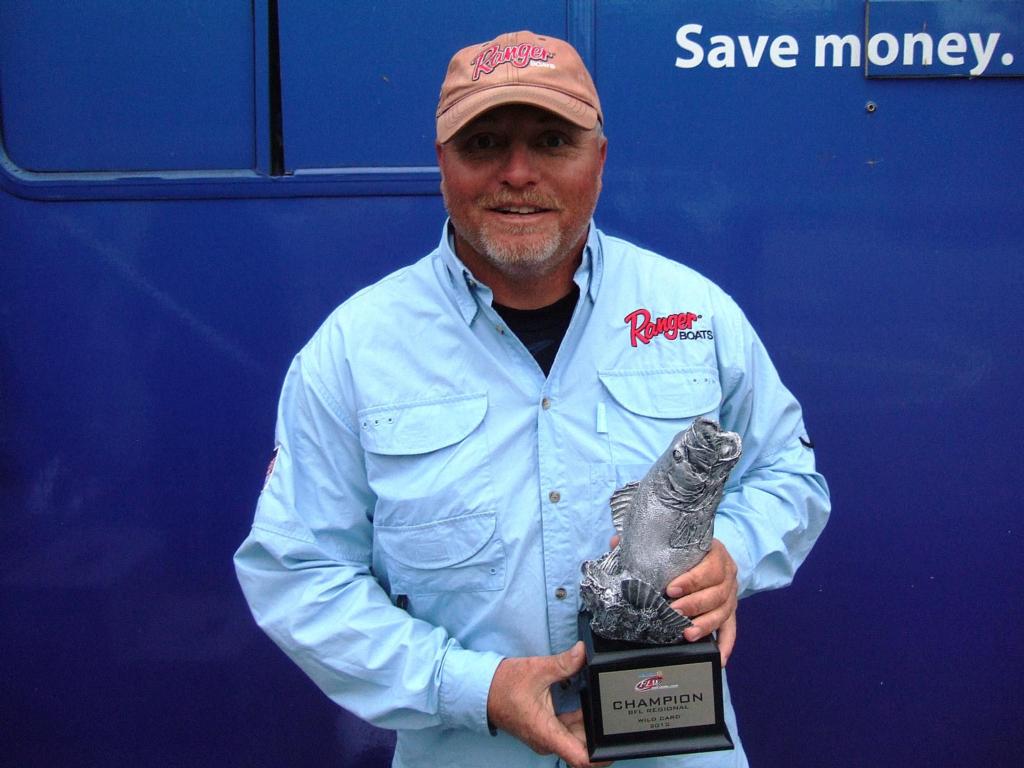 The Chevy Wild Card tournament is a last-chance effort for BFL anglers to qualify for the BFL All-American, the longest running championship in competitive bass fishing. This tournament featured 136 BFL anglers from around the country who had entered all five BFL tournaments in any one division this season, paid their entry fees but did not qualify for a regional event.

“From all the dock talk I had heard going into the tournament everyone thought it was going to be a slugfest around the bridges using the Alabama rig. So I headed to Guntersville with a boat load of Alabama rigs and frogs and hit every bridge I could find during practice. I caught one tiny fish. I was heartbroken. The two things I knew how to do weren’t working.”

After throwing the frog with little success during practice, Ashley went back to the Alabama rig and found three areas away from bridges that were productive for him. He was targeting scattered grass in 12 to 14 feet of water. Ashley said that if it was going to happen for him, it was going to happen with one bait (the Alabama rig) and in three places. The key for Ashley was holding his boat in 15 feet of water while casting to slightly shallower areas. Ashley said the bass were chasing white perch and had positioned themselves underneath the perch.

“I don’t care what anybody says,” Ashley went on to say. “The Alabama rig is an awesome bait. It triggers the suspended bass into biting, which is an incredibly hard thing to do. The schooling mentality is a heck of a concept. Guntersville is an unreal lake. I have never seen so many schools of large bass in all my life. I didn’t want to come off the water.”

The top six boaters that qualified for the BFL All-American are: 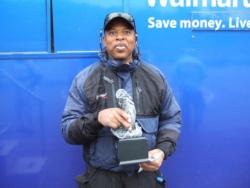 Ernest Stephens of Orrum, N.C., won the Co-angler Division with a two-day total of 10 bass totaling 29 pounds, 12 ounces. Stephens won $2,346 plus a berth in the BFL All-American.

The top six co-anglers that qualified for the BFL All-American are:

The BFL is a 24-division circuit devoted to weekend anglers, with 120 tournaments throughout the season, five in each division. The 2013 BFL All-American is scheduled for June 26-29 on Nickajack Lake near Chattanooga, Tenn. Top winners in the BFL can move up to the EverStart Series or even the Walmart FLW Tour.