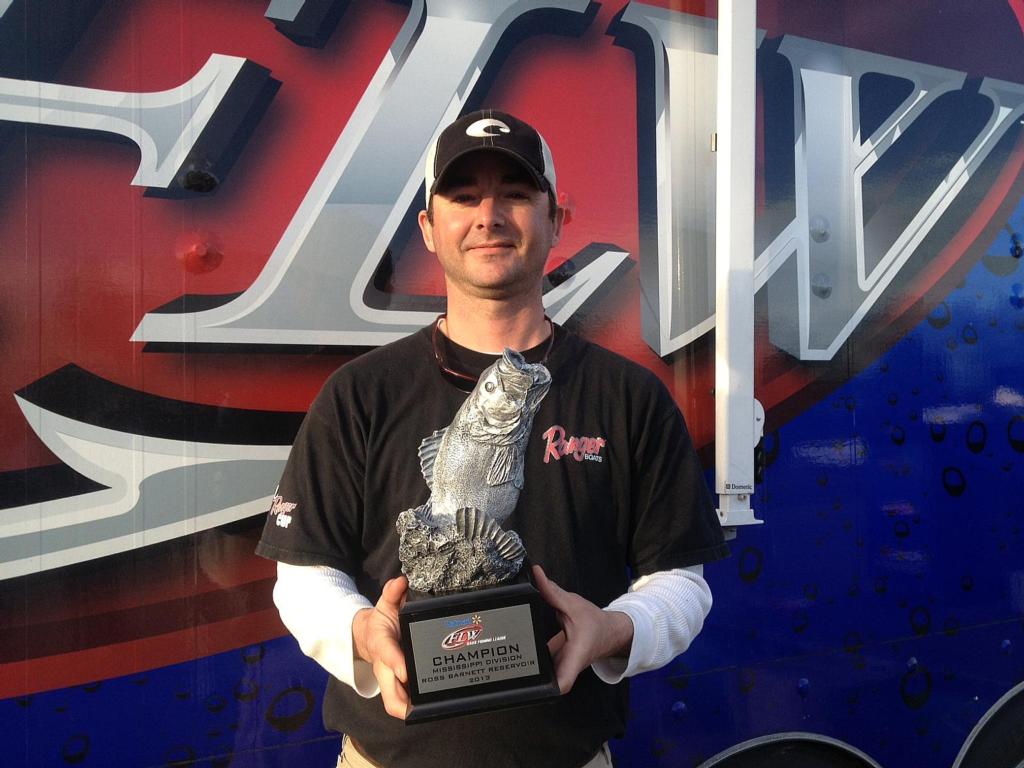 “I had no idea that I was going to win,” said Gilmore. “I had three good fish and one 12-incher. I didn’t think I had a chance to win. I just figured that I might make a check. I had practiced a few days prior to the tournament, but the problem was that the weather has been changing so much lately. The day started out a little sunny and the water was on the rise from all of the rain we had Thursday night. I’m guessing the water rose around 6 inches just in the period that we were fishing. It was cold and the wind was blowing all day making it miserable.

“But I stuck with my game plan,” Gilmore continued. “I ended up catching all my keepers at the main spot where I was planning on fishing. I didn’t catch anything there in the morning, but I saw six or seven other boats in the same area and they caught a few smaller fish. I decided to leave and come back later in the afternoon after the water had a chance to warm up.

“I was fishing between 2- and 4-feet deep,” Gilmore went on to say. “The moon was close to being full and I figured that the bigger females would be moving up later in the day. I caught most of them very shallow on a swimbait that I had dyed blue because of the stained water conditions. It was a very tough bite. I only had five bites all day, and four of those were keepers. I was very lucky.” 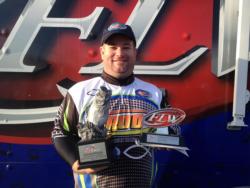